2G or not 2G? That’s no longer the question 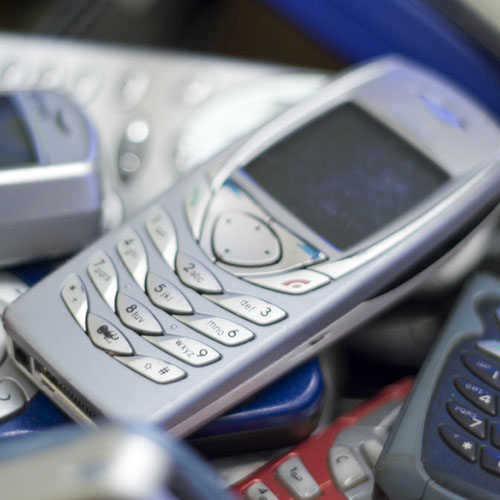 There’s something reassuring about slightly older mobile phones. I’m thinking here of the type of phones that Nokia used to make millions of. Sure, they had numbering schemes that only those with astrophysics degrees could actively remember, and the screens and early cameras were nothing to get excited about, but there’s a segment of the population that’s held onto their older candybar-style phones for a rather long time now.

From one perspective that’s quite admirable. If a standard mobile phone does everything you need it to do, there’s little reason to simply throw it away. Indeed, some of the chemicals inside the printed circuit boards of the average telephone are very bad news indeed if they’re simply junked. Making the most out of your technology in that context is undeniably laudable.

Equally, the phones of yesteryear often boasted standby times that could reach into weeks, whereas today’s smartphones are often lauded for the simple matter of lasting more than a single calendar day.

The problem for handsets of this type is that they’re very soon going to become completely redundant. Not because we’re suddenly going to stop texting or making calls, mind you, although your high score on SNAKE is probably impressing nobody by now.

It’s just that the underlying network infrastructure that powered these dinosaur devices is for the chop. Telstra’s announced that by the end of 2016, it’ll completely kill its 2G GSM network.

The only exception to this shutdown will be Christmas Island, where (as per Telstra), 2G will remain for the time being. But for everyone else, Telstra will be shutting down access for the very small percentage of users still on 2G-only devices. It’s not a huge stretch of the imagination to suggest that Optus and Vodafone are likely to follow suit relatively quickly, because if the userbase is very small, the costs of keeping the infrastructure going could easily outstrip any revenue made.

An incredibly small percentage of users are still on 2G, it turns out: Telstra estimates that 2G-based traffic accounts for less than one per cent of its total network usage right now, which means that there aren’t that many active older phones still around. If you are still grimly hanging onto your large buttoned greyscale screen, the bad news is that you will have to upgrade when the switch-off occurs.

At that point, only your SNAKE high score will remain, because there simply won’t be a local network that your device will recognise, at least for Telstra customers, although if you’ve recontracted within the past few years, the odds are that your phone is already 3G-ready. If not, the one upside compared to the handsets of old is that a simple 3G phone can be had for a very small sum of money. That’s one thing that has improved markedly since the days when 2G was king, and a lost or stolen mobile phone could see you several hundred dollars out of pocket. These days you can pick up a simple handset for under $50 quite easily.

Where it will be interesting is seeing how the network handles post 2G death. If you’ve had a smartphone jump to a signal indicating “GSM” “EDGE” or similar — and I’ve had that happen intermittently within the Sydney area — then that’s a 2G signal. Before too long, they’ll be a thing of the past, and the remaining 3G and 4G networks will have to fill the gap. Hopefully that’ll mean better performance on those networks, and not a whole new set of coverage black spots across the country.