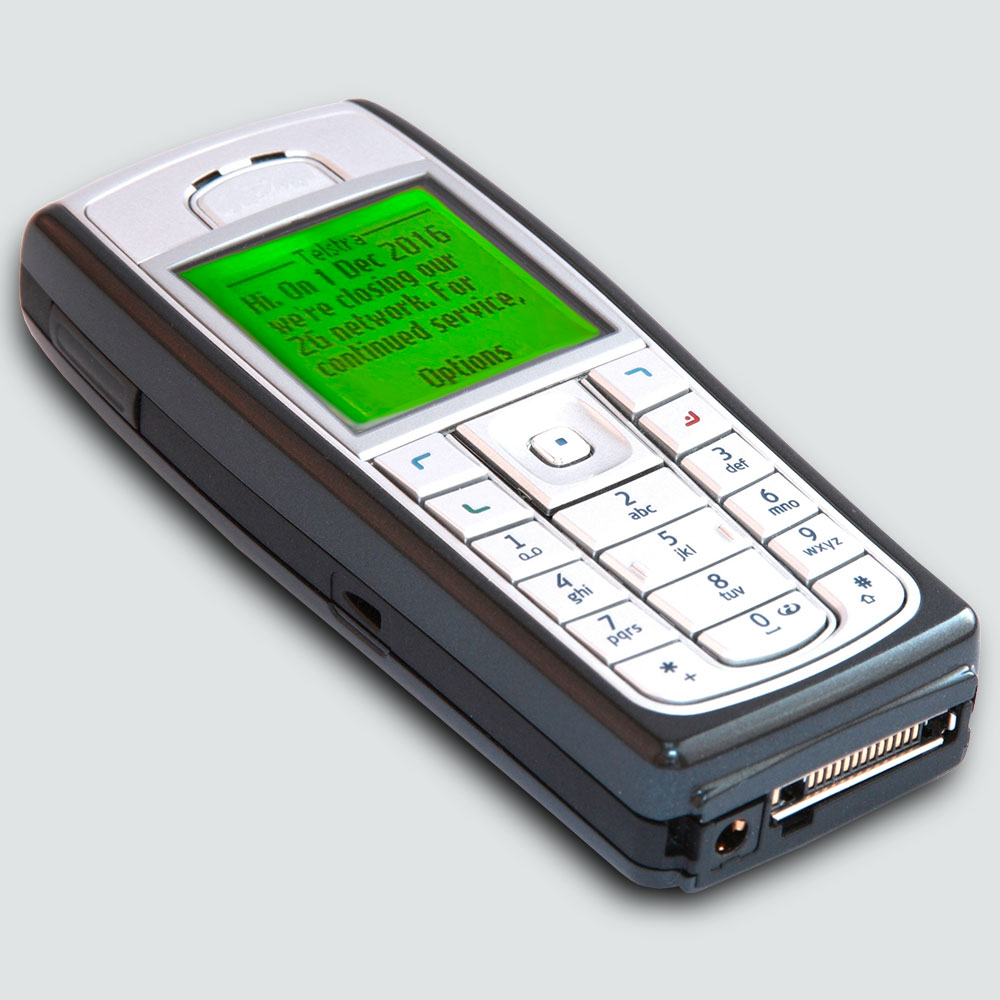 If you’re still holding onto an older phone — most likely a Nokia handset, because they were very much the style ten or more years ago — and you’re happy with it, I’m sorry to say that your happiness is going to be cut rather abruptly short. That’s because older candybar style phones are almost all 2G devices; the early 3G phones kept that form factor but the switch to a more “smartphone” style was pretty rapid, so they didn’t last long.

The issue is that all three of the nation’s big telcos have now announced when they’ll formally cease offering services on the frequency bands that service 2G-only phones. Telstra was the first to announce its plans to shelve 2G, with services on the Telstra network set to cease on the 1st of December this year. If you’re a Telstra customer, that means the clock is well and truly ticking, although it’s not much better for customers on Optus or Vodafone networks. Optus will cease 2G services on the 1st of April 2017, and Vodafone has recently announced that it will terminate its 2G services on the 30th of September 2017, giving you a little under a year to prepare.

If you’re thinking for the moment that you’re fine because you’re not with any of those brands, think again. Outside satellite phone services, every single mobile provider in the country is operating on one of those three networks, whether you’re with one of the supermarket-branded telcos or an independent operator such as Vaya, MeU or any of the numerous other providers usually referred to as Mobile Virtual Network Operators (MVNOs). They’re using spectrum provided by Telstra, Optus or Vodafone, even if that’s not what comes up on your particular handset as the identified network.

So why kill off 2G? It’s partly to do with the age and utility of the technology. 2G is acceptable for voice and SMS, but not really for modern data needs, and maintaining that network not only costs money in maintenance terms, but also uses up bandwidth that could be re-used on the existing 3G and predominantly 4G networks to improve reception and data speeds for the vast majority of users. Telcos have been reticent to talk in absolute numbers about how many 2G customers are left, but it’s a small amount in any case, so serving the needs of the majority also makes sense here.

So what should you do if you’re still rocking (and enjoying) your older candybar-style phone? Essentially speaking, the time has come to upgrade, but that doesn’t automatically mean you’ve got to drop the $1000+ price point that premium phones like the iPhone 7 or Google’s new Pixel phones command outright. If you’re still on a contract for your 2G phone, talk to your telco, because the range of phones available at even an entry level price point are quite good these days, and understandably leaps ahead of your older 2G handset. There are also options for those who genuinely want a button-based interface if you find you can’t get on with touchscreens for your telephony needs. This is also true if you use a prepaid service, although naturally you will have to buy a new handset outright. Again, though, budget phones can be had pretty easily for under $100 as long as your needs are modest, and you’ll find them a revelation coming from a phone that may have only been able to make and take calls, or if you’re lucky play a quick game of snake while waiting for the bus.

Speaking of waiting, however, you won’t have all that long to wait if you don’t plan for the 2G shutoff now. It’s also worth pointing out that while your phone is on the older side, it shouldn’t just go in the rubbish once 2G services are no more. Use a service such as Mobile Muster to sensibly recycle your old handset once you’re done with it.