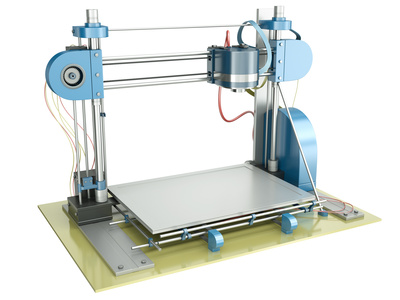 I’ve followed the evolution of 3D printing over the past few years with a very keen eye indeed, because it’s a technology that’s been present for some time, but still only predominantly within industrial and enthusiast spaces; partly because of some limitations with current technology, but also because of the cost of 3D printers.

3D printing works through an additive process, which is to say that anything built as a 3D model with these kinds of devices uses a system that slowly adds dot upon dot of layered material — for consumer applications it’s exclusively plastics, but industrial additive printing can and does use a variety of materials, and there have even been experiments using such substances as chocolate 3D printing. An easy analogy would be to think about building a 3D object — and it can be any 3D object — out of single grains of sand stuck together. You start with a bunch of dots, but by the end you can, theoretically, have any kind of object you can think of and design.

I don’t mind admitting that this is a concept that excites me. The printing press changed the world in ways that Gutenberg would never have imagined, and 3D printing has the same kind of transformative potential, given it could change the industrial processes behind so many items we use today. Right now consumer 3D printers are best suited for small parts — shower rings, figurines and the like — but as the print heads allow for smaller material deposits, the intricacy of printed designs will improve, allowing for the creation of all sorts of 3D models. There’s potential here for a whole new industrial revolution, at least in theory.

While it’s a technology that’s been around, as I mentioned earlier outside the industries that have adopted it for particular fast work, it’s mostly been an enthusiast type product, which means that 3D printers have been costly beasts. The truth is that they still are; while it was announced recently that Officeworks would start selling a 3D printer — the 3D Systems Cube 3D — my interest was piqued, but somewhat flattened by the asking price, which sits at a hefty $1,499.

That’s a lot to spend on a printer, and it’s all too easy to start thinking about it in the context of what we currently pay for inkjet printers. They’re astonishingly cheap, partly because they’re commodity items, and partly because they’re built around the model where the ink is by far the most costly part, and also the profit for any printer manufacturer.

A 2D printer is considerably cheaper than a 3D printer — but only for now. 3D printer prices have fallen as the technology underlying them has improved, and that’s something that’s only going to accelerate, even if right now they might seem like an expensive proposition. The good news there is that it’s unlikely that they’ll follow the other side of 2D Inkjet printers; the plastics that go through 3D printers aren’t as difficult to manufacture as printer inks are, and as such while they cost around the same price as printer ink does now, you get quite a bit more plastic mass than you would in an inkjet cartridge. Indeed, to get that much solid printer ink would cost you a great deal more than the cost of a 3D printer right now.