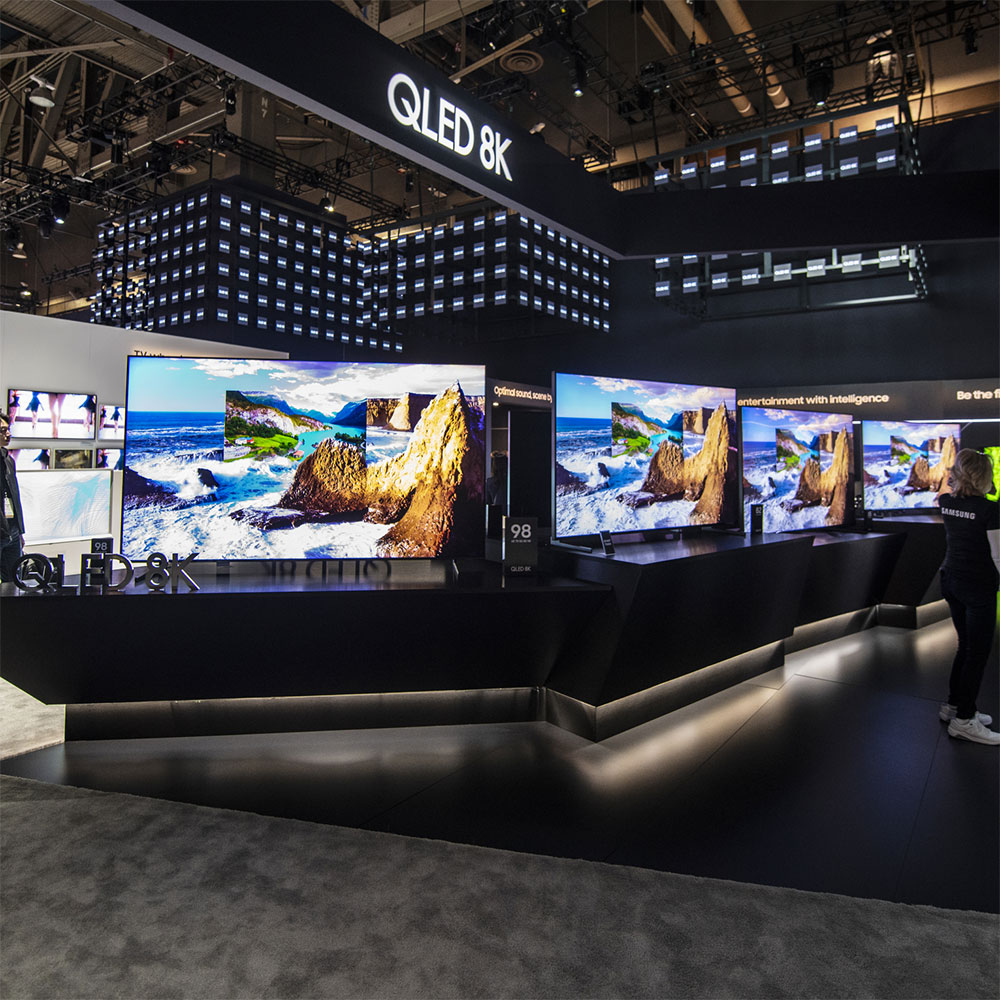 Every year, the consumer electronics industry descends on Las Vegas, and not for the reasons one might feasibly head to Las Vegas for. OK, to be fair, a certain amount of gambling and drinking does go on, but it’s the backdrop for the Consumer Electronics Show, where the world’s big electronics companies — and thousands you’ve never heard of — converge to reveal what they think will be the big technology trends in gadgets for the next couple of years.

This year, the big TV manufacturers announced the formation of the 8K Association, an industry group whose job it is to promote the adoption of 8K displays. Along with that, of course, the big brand names all announced 8K displays that you’ll be able to buy this year. As you might guess, 8K is the next big resolution leap over 4K, a technology which itself was announced at a CES some years back.

8K has plenty of resolution, but there’s a couple of problems that will keep an 8K display off your wall for the time being, or at least that should unless you’re very flush with cash indeed and just don’t care.

For a start, the resolution of 8K is impressive, but it’s really only impressive at rather mind-boggling scale for the kinds of walls and spaces most of us have to dedicate to TVs. Most industry research suggests that we tend to buy new TVs — typically when the time comes because the old set is knackered, although sometimes major sporting events can also spur spikes in TV sales — in roughly the 55-65” size range. Obviously, a TV for the kitchen if you fancy that kind of thing tends to come in smaller, but for primary living room style watching, those are the sizes that sell. It’s not too hard to buy a decent 4K set in those sizes for decent money, either.

8K, however, only really delivers on its resolution promise of seeming to lack individual pixels if you scale up much larger than that. We’re talking 75” and above in TV terms, and that’s a lot more space than many of us have. Yes, there were TVs that size and larger with 8K displays on show at CES — Sony, for example had a 98 inch 8K TV to show off that it presumably hopes somebody will buy this year — but how many of us have space, and more importantly budget for that kind of display? Naturally, the first 8K TVs won’t be exactly inexpensive either, but then you’d expect that with those kinds of size panels.

Then there’s the content question, although it’s an easy one to answer.

How much 8K content is there out there right now?

There’s a few demo reels of 8K content, but nothing you’re going to watch on a regular basis. All the manufacturers were at pains to talk about the 8K upscaling ability for 4K content, but even some years after 4K panels first started to appear, that’s hardly commonplace. There’s no real sign of 8K disc formats, which means (presumably) we’ll be waiting for the likes of Netflix or Amazon Prime Video to deliver 8K video… of which they’ve announced none. Even when and if they do, you’ll need a hefty broadband connection to take advantage of it.

Not that CES didn’t have a few neat ideas in the TV space worth paying attention to if you do wind up needing a new smart TV this year. LG took a concept it showed off last year as a flexible panel and turned it into a TV that literally rolls itself down into a speaker box if you don’t want a TV panel on display all the time, which was easily one of the technology highlights.

Apple also freed up its Airplay 2 standard, with most manufacturers signing up to offer it for their TVs. That’ll alllow you to stream iTunes and Apple Music content direct to your TV, no Apple TV required. If you’ve got a sizeable iTunes library, that could be a real game changer.

8K TV, though? I wouldn’t rush at it, and that’s essentially the same advice I gave for 4K panels when they first started appearing. Wait for the prices to drop and the content to appear, because until then, you’re not going to be getting any real benefit from it.