ACCC jumps into testing NBN speeds, but how can you test your own broadband? 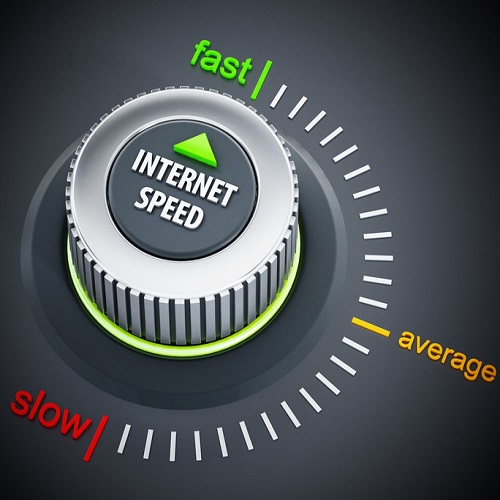 If you’ve ever been on the Internet, you will have hit a point where you’re stuck with insufficient speed. It’s a fact of life, whether you’re streaming 4K video or just checking your emails that at some point you’ll be stuck with a spinning wheel, slowly increasing status bar or percentage count indicating just how slow your connection is ambling along.

Plans sold on the National Broadband Network, the Australia-spanning multi-technology network that’s intended to encompass every Australian by 2020 are sold at different speed tiers. There’s some complexity to the model depending on the connection type and the whims of individual ISPs, but typically you’ll be offered plans at 12/1, 25/5, 50/20 or 100/40 Mbps, where the first number represents maximum download speed and the second maximum upload speed.

NBN itself has somewhat shied away from presenting those numbers in recent years thanks to that shift to a multi-modal delivery model, because it’s much harder in technology terms to guarantee those speeds on some connection types and in some circumstances.

That makes it tough to work out relative value on broadband plans, especially as it’s not just a matter of hooking up a different speed pipe. Indeed, as consumers we don’t really deal with NBN (the company building the network) at all. Instead you buy access through a traditional internet service provider, who itself is a wholesale customer of NBN. The quantity of access it purchases can have a distinct effect on the real world speeds its customers enjoy.

A quick reminder is needed here, as the NBN connection, once it lands at your premises, isn’t an optional matter if you want a fixed line broadband or telephone service, outside a very few small building locations where third party, NBN-like services exist. Equally, you don’t get a choice when it comes to the connection technology used to hook you up, with quality notably higher in principle for full-fibre customers and lower for those on fibre to the node connections.

The ACCC recently announced that it will commence monitoring real world NBN connections in order to report directly to consumers relating to the actual speeds achieved through different providers. It’s largely an NBN-only play, so if you’re on, say, ADSL they won’t be monitoring what you get, although some NBN-like providers will also be monitored to provide comparative performance figures. The scheme will run over four years at a projected cost of 7 million dollars.

I’m interested to see what the ACCC’s figures show, because measuring internet access performance is a very complex topic indeed. Just off the top of my head you’ve got the quality of connection from device to your router, whether wired or wireless. Then the connection from your premises to an exchange, with wide variability depending on the NBN technology of choice, condition of cables, length of copper and overall network stress. Then there’s the question of the capacity available to the ISP and how well it can manage that load. Even then you’re not done, because you have to then ping your signal (whatever it is, whether you’re asking for a Netflix show to download, checking your emails or reading a web site) to the server that hosts that material, which may well be overseas. That’s another set of routing cables and exchanges before it reaches the server… which may well be overloaded anyway.

If you’ve ever tried to hit a popular web store during a large sales event you’d be aware of some of the potential pitfalls there. Naturally times of day can also affect the speeds you get, with evenings a particular peak, and any school holiday usually worse because of the larger mass of school-age kids who suddenly do have the time to be online all day.

The ACCC’s figures will be one metric, but they’re far from your only option when it comes to sorting out the kind of connection quality you’re getting. At an individual level web based utilities such as speedtest.net can be used to give you an idea of peak speeds. That’s nice to know as and when you can get it, but if you’re pondering an ISP switch, especially with the NBN imminent, the ACCC’s figures could be a better recommendation tool.

Netflix provides its own Netflix speed index (netflix.com/country/australia/) based on averaged of prime time connection speeds from an aggregate of devices, and ranked both by country and ISP. The figures right now are low — the top ISP for all of February in Australia measured in at an average speed of just 3.52Mbps — but that may trend upwards as NBN connections proliferate. At least, we should hope that they would if ISPs are going to anywhere near meet both the claims made for connections and Australia’s growing appetite for broadband.