ALDI cans unlimited, but do you need unlimited anyway? 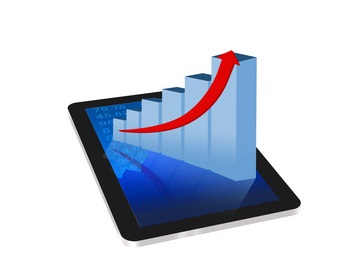 ALDI Mobile recently rejigged its pre-paid mobile plans, keeping the price the same but dropping “Unlimited” from its plan title; instead it now offers a set number of calling minutes, texts and data for a fixed sum each month. The data was always limited in any case, but it’s another sign of how the low cost Mobile Virtual Network Operator (MVNO) space in Australia is contracting. 2013 has seen a number of smaller operators, from Red Bull Mobile to Kogan Mobile shut up shop; ALDI itself only remained on the same parts of Telstra’s network as Kogan through swift dealing. The changes in its plans suggest that the big supermarket vendor may be rethinking its mobile policy altogether.

For a service you only buy in monthly installments, there’s less likelihood of becoming actually out of pocket if ALDI did shutter its mobile business, although it would clearly involve some shuffling around if you wanted to keep the same mobile phone number.

Unlimited means something in an advertising sense, and it’s something that the ACCC looks at very closely and critically, because there’s significant scope for confusion and overbilling in any service, whether it’s a buffet breakfast or an ISP offering.

What a lot of people don’t necessarily consider is whether an unlimited plan in the technology sphere actually suits what they want to do. There’s undoubtedly some comfort in the idea of not having any bill shock or shaping issues to deal with, but that’s really only part of the equation. If you’re getting unlimited on a network that’s constantly congested (on the mobile side) or seriously slow due to caching or DNS issues on the ISP side, then your unlimited plan is suddenly very limited indeed, and all in ways that the ACCC wouldn’t touch at all.

The solution to working out the real value of an unlimited plan is to go back to school and do your sums.

Specifically, what you should do, whether you’re a consumer or small business is keep a tally of your actual real world usage. Most people will find that varies a little over time; one month you may download a number of patches or a lot of video that bumps data usage up, while other months are quieter. Still, you should fairly easily be able to see an average usage pattern, and your ISP should be able to give you these figures quite easily if you’re looking at data usage.

That’s the baseline figure you should use when comparing an “unlimited” plan against any other. Clearly, it’d be wise to add a little fat to those numbers to allow for a little excess usage. The basics of these unlimited plans assume that the vast majority of users only use a fraction of entitlements — the same is true for quota plans as well — but if you’re a low-scope user, it may pay off in lower broadband bills to go on a lower-quota plan and keep an eye on your usage (or select a “shaped” plan) rather than simply opt for a higher-cost “unlimited” plan that offers you limited value.