Always do the sums before signing up for any tech goods 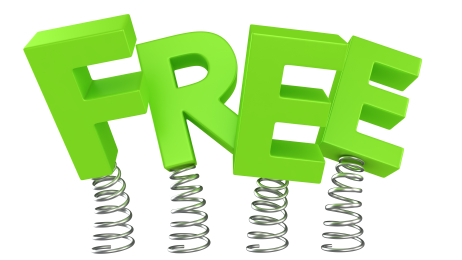 Recently, Virgin Mobile launched a top-price tier mobile and broadband Internet plan at $140 a month. That’s a lot to pay for a phone, even for one with Internet access, but the deal itself sounded pretty sweet; a top-end phone — your choice of brands such as Apple, Samsung, Nokia or Sony Mobile with nothing else to pay, unlimited calls and texts within Australia, $200 “worth” of international calling per month. Recommit for a further two years after your first year, and you can swap out your mobile for a shiny new one. To further gild the lily, Virgin Mobile will even throw in a free international flight in the fourth to ninth month of your contract plan. Virgin’s name for this plan is similarly hyperbolic, dubbing them “irresistible”.

They certainly sound sweet on the surface, if only because you really can’t get much in the way of international flights for $140. Then again, there are some limitations. You can’t just fly anywhere; it’s limited to Fiji, New Zealand, or Vanuatu — basically destinations that Virgin Air flies to, but not a bad set of choices when you’ve got a short and seemingly “free” holiday on offer.

The issue is that the holiday is anything but free, and it’s a great object lesson in doing a bit of comparative shopping when buying services such as broadband or phone connectivity. Breaking that $140 per month plan into its component bits against the minimum total 24 month cost of $3,360 reveals that Virgin Mobile isn’t likely to go broke any time soon if it can sign up any punters to the service. It’s perfectly feasible to get the unlimited calls and texts part of the equation for under $40/month pre-paid, although the international calls portion is a tougher part to equate.

Then again, if you do regularly make $200+ worth of international calls per month, I’d strongly suggest picking up a VoIP-style calling plan to the destination of your choice, as plenty offer near unlimited calling or rates in the cents-per-minute range for a lot of different international destinations. Take out the reasonable cost of a high end smartphone (typically around $800), and the actual cost of the flight, which could range around $600-$1200 or so depending on when you chose to fly and where, presuming the flights were available, and you’re left with, by my own calculations, around a $1,000 shortfall. That’s quite a price premium to pay for the privilege of a replacement phone every twelve months, except again there you’ve got to recommit for a further two years, adding an extra $1680 to your commitment every time you do so.

Virgin Mobile’s totally upfront about its charges, in line with the ACMA obligations to having critical information summaries available, and I’m in no way suggesting that what they’re doing is underhand in any way. It’s exactly the same kind of thing built into any phone plan with a “free” phone, or for that matter a “free” anything. They’re not in business to go out of business, after all.

What it does highlight, however, is that it can seriously pay to shop around when buying telco or ISP services, because a deal that appears to load on lots of freebies may in fact be worse value than buying the individual freebies outright. The same is true across the broad span of technology products too; if you’re seeing a “bargain” laptop or tablet on sale, before you rush in to buy the “last” model, it’s worth working out why its suddenly cheaper. Has it been superseded by a new model, or price cut by a competitive product with better specifications? It can be tempting to leap on a bargain, but it’s worth making sure it really is a bargain in the first place.