Always look before you leap into a software update 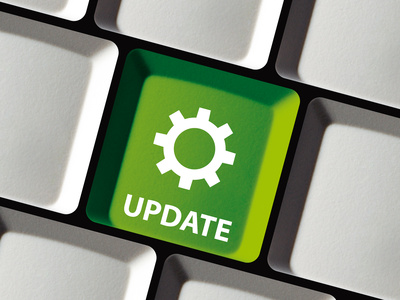 Whenever a new version of a desktop or mobile operating system is released the focus is always on the fancy new features. Some of these new features might sound appealing, they might even promise a genuine productivity boost for your business, but proceed with caution. Your first question when considering a major operating system update should not be “what will it improve?” Your first question should always be “what will it break?”

It’s important to read beyond the headlines and examine the fine print to see which features have been quietly removed and where backwards compatibility has been lost. It’s a rule which applies to application upgrades as well as operating systems. Don’t expect the vendor to bring these issues to your attention, you’ll need to read further afield than its website and marketing guff. You should look for hands-on reviews, particularly those aimed at business users, as well as discussions on forums. You should also consult your trusted IT advisor who is familiar with your specific circumstances.

The primary goal with any software update is to make a smooth transition and minimise the disruption to your business. If an update removes important features or breaks compatibility then you’ll need to have a plan in place before you upgrade. This issue might even be the catalyst you need to consider switching to different software. Whatever you decide to do, it will take time to plan, test and deploy – especially if you’re trying to maintain a Standard Operating Environment. Don’t upgrade first and ask questions later.

When reading up on a major update you should also pay attention to how the new software performs on old hardware. This applies to smartphones and tablets as well as notebooks and desktop PCs. Apple’s iDevices are a prime example, with new versions of iOS often performing poorly on old devices when first released. It usually takes a few minor updates before this year’s version of iOS runs smoothly on last year’s phones and tablets. If your hardware is even older then you might be better off sticking with an older version of iOS rather than updating.

Of course if you stick with an older version of any operating system, mobile or desktop, then you’ll eventually run into compatibility issues with new applications and services. Your Standard Operating Environment will also begin to fracture if you allow new devices to enter the business which come pre-installed with the latest operating system.

You need to decide on the best approach to meet the needs of your business. Rather than slavishly updating to a new operating system on day one it might make sense to hold off on the update until you’re ready to do a business-wide hardware refresh and migrate the entire organisation to the new platform.

Upgrading on day one also means suffering through unexpected bugs and other teething problems bound to impact on your productivity. You’re not getting paid to test their software, so sit back and wait while the early adopters rush in. As of rule of thumb some businesses like to wait until Service Pack 1 before upgrading to a new version of Windows. At the very least you should wait for a few minor updates and bug fixes before you take the plunge.

Updating software might seem simple enough but leaping into a major upgrade and hoping for the best can cascade into a major disaster, especially if it’s difficult to roll back the changes. If your business doesn’t need to be on the bleeding edge of new technology then hold back and let others work out the bugs.