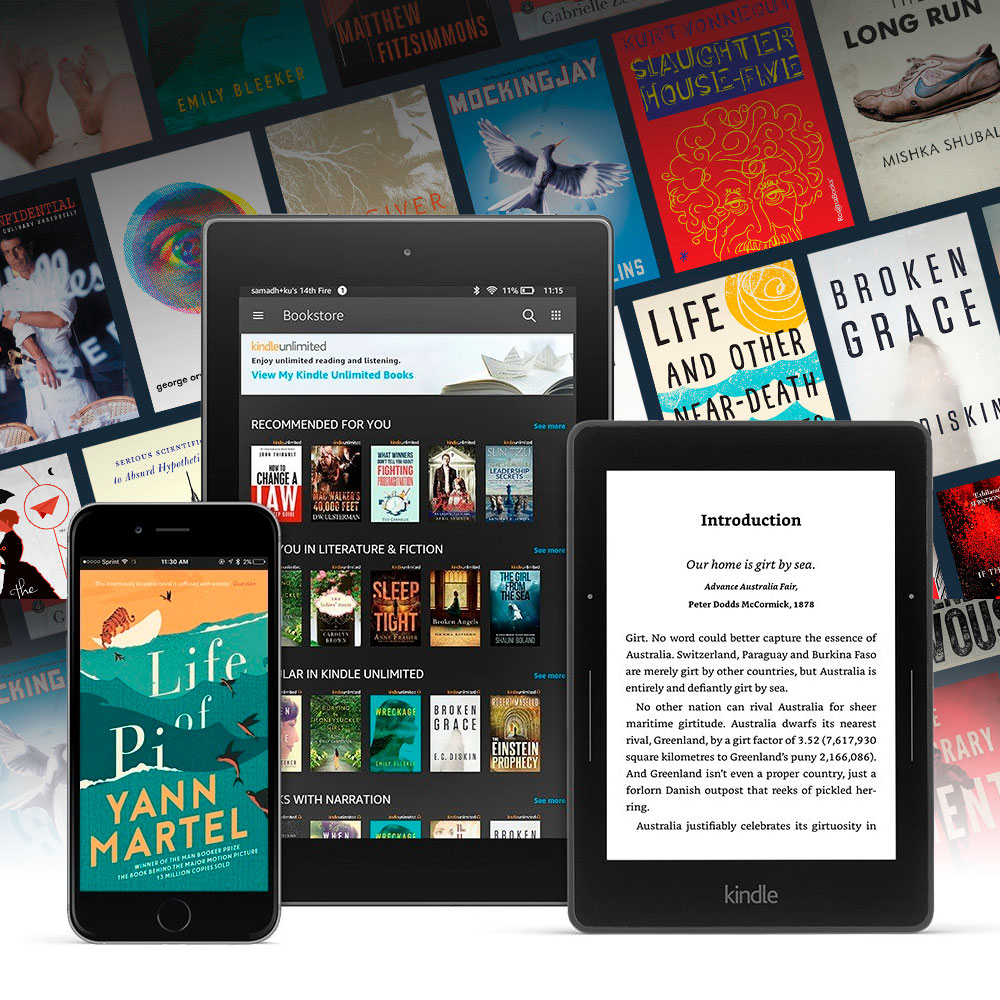 Australians have taken to Netflix with gusto, and to a lesser extent the locally provided Stan, although if you’re a subscriber to Foxtel/Seven’s Presto, you’ve only got a couple of months before that service is shuttered. Still, paying a fixed fee per month for a large library of content can make your entertainment choices pretty easy on a month by month basis.

Within the world of video, subscribing to a streaming service can make a lot of sense, as long as it has content that you actually want to watch. But does the same model work for other kinds of content?

Amazon recently launched its Kindle Unlimited service in Australia, offering an all-you-can-eat (or in this case, read; I don’t advise anyone eats books, and especially eBooks) book reading service. As you might expect it’s focused around Amazon’s existing Kindle eReader lines, although having an actual Kindle isn’t a requirement of subscribing to the service. You do need an Amazon account, but then you could grab the Kindle app for PC, Mac, iOS or Android devices and read to your heart’s content. In Australia, Kindle Unlimited will cost $13.99 per month, with a free 30 day trial available.

One of the larger advantages for a service like this is that unlike a Netflix or a Stan, you don’t need a persistent or even particularly fast Internet service to enjoy a title, because it’s downloaded to your device, and most eBooks are relatively small in size. It’s certainly feasible to load up a Kindle, tablet or phone with lots of reading content before, for example, going on a long flight, whereas Netflix and its like are either inaccessible in such situations, or horrifically expensive on mobile or roaming data services.

On the surface, with the promise of “over 1 million titles”, it sounds like an excellent deal; $13.99 won’t buy you even a single paperback or too many eBooks these days. It’s worth knowing the catches with Amazon’s deal, however.

For a start, while Kindle Unlimited has been available in the US for some time now, the service we’re getting here isn’t quite the same as the Americans enjoy, which should be a familiar feeling to anyone who ever snuck into the US version of Netflix. Specifically, US Amazon Kindle Unlimited includes Audible spoken word books and a selection of magazines, whereas the Australian service is eBooks only.

Still, there’s the potential for some value in Kindle Unlimited, but I’d say if you’re a keen reader that undertaking the 30 day trial and carefully noting when it expires is rather key. That’s because while Amazon sells millions of titles as eBooks, the range available in as Kindle Unlimited titles is just a subset of those titles. There are some Australian authors such as Colleen McCullough, David Malouf and David Hunt, and a selection of highly popular authors such as J.K Rowling’s Harry Potter books, but what you may find is that a lot of what you personally might like may not be within the Kindle Unlimited umbrella. That’s certainly been my experience of the service; I’m a hearty reader and Amazon is already aware of my reading preferences, but I’ve struggled with finding my favourite authors so far. It probably doesn’t help that book readers with favourite authors often like to already have the titles they like best in their collections, whether electronically or in old fashioned print. I can’t quite see the point in grabbing the digital subscription edition of a book I already own!

It’s also worth noting that if you’re keen on reading eBooks, you should check if your local library offers eBook lending services as well through services such as OverDrive or Bolinda. In most cases for ratepayers these are entirely free services, and while you’re once again limited by whatever they’ve got the digital rights to lend you, there’s no subscription fee to pay, and usually no overdue fee either, as titles past their loan date simply stop working on your enrolled device.