Anyone fancy a transparent flexible tablet? 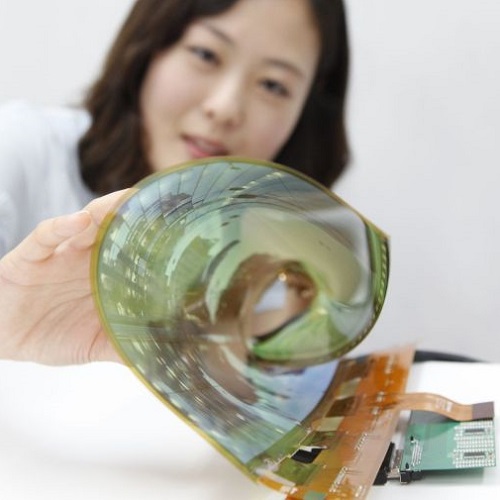 Predicting the next big thing in technology is always a risky game. There’s always the possibility that you’ll pick the incorrect next big thing, or for that matter assume that current big things will maintain their status well into the future.

Watch any Sci-Fi show from the 70s or 80s that references the (then) far away world of 2010, and the chances are pretty good that you’ll see lots of curved cathode-ray monitors, few touchscreens and possibly even a rotary dial or two for communications purposes.

Still, there are technology ideas that persist over time as seeming “futuristic”, while still never seemingly coming to market. That’s because while technology as an entire field moves pretty quickly, individual components and change can occur much more slowly. It’s why while research is continuing in multiple fields, we’re still stuck with lithium ion batteries powering our laptops, tablets and mobile phones, because nobody’s yet totally cracked new technologies that work as well and as safely.

It’s also why while those older science fiction shows showed cathode ray TVs, we’re still using display screens that are flat and solid. There’s been plenty of research into more flexible screen display technologies over the years, and even some implementations. Earlier this year at CES in Las Vegas, LG had an array of its “flexible” W series OLED TVs set up as a massive curved chasm you could walk through, which was visually impressive, but probably not the way you’d want to watch the next State of Origin Match. Then again, put the opening crawl of Star Wars: A New Hope on that thing, and I could stayed there all day.

Getting that technology available at scale and cost, however, is another matter. As the Korea Herald reports, LG isn’t standing still on flexible displays, having now developed a screen that’s not only flexible, but also transparent and high resolution, with a display size of up to 77 inches.

That opens up all sorts of possibilities for usage, because while today’s laptops, tablets and phones all tend towards the same kinds of designs because of the limitations of screen display technologies, something that you can both bend and see through could be formed into many shapes for all kinds of applications.

Before you bin your smartphone and put a brick through your laptop display, though, even here LG reckons it’s a number of years away from mass commercialisation. It’s suggested that the displays might first be used for digital signage, or perhaps aquariums at first. LG produces displays not only for its own gear but (as is common in technology generally) also for many third parties. It’s the same all over, with a lot of memory and processors coming out of Samsung, while a lot of camera modules are produced by Sony, for example.

Still, even in the mid-term, some of the ideas that LG has around flexible transparent displays are fascinating. An aquarium built out of transparent displays has a lot of scope for engagement and education. Imagine staring at an aquarium full of fish, only to have the side of the tank interactively display the species of each tracked fish, with more information on display as required.

That feels like something out of science fiction, and while it’s not here yet, it’s also not that far away.