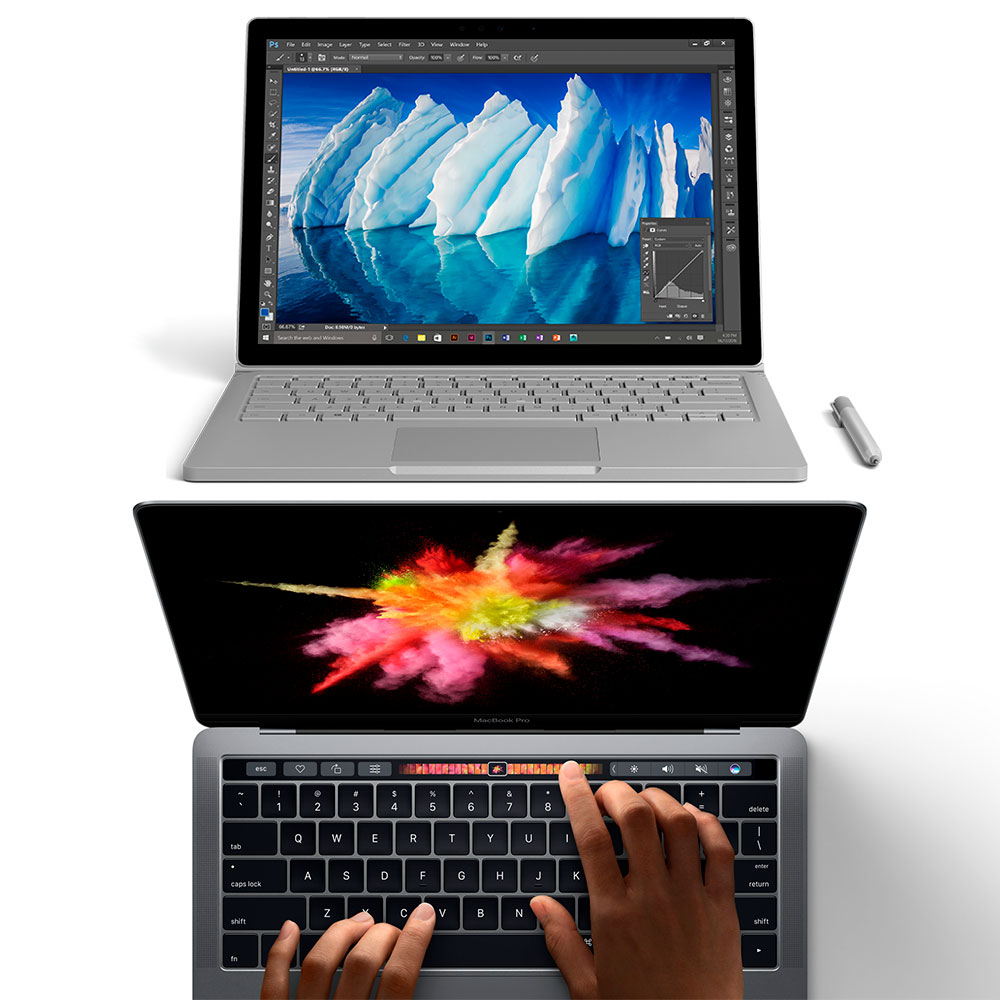 If you’re in the market for a new laptop, you’re awash with choices; the time when computer stores were awash with desktops is very much past and it’s quite feasible to pick up a decent laptop for just a few hundred bucks. Those are systems that very much rely on the technologies of years gone by, with the “premium” features still sitting in the top-end, premium priced laptops. It seems like a far cry from the earlier days of computing where a PC would and could easily cost you thousands.

Of course, this is no different to many other consumer desirables you can buy; if you want the latest comfort and safety features in cars you’re more likely to find them in a top-end BMW than a cheap and simple Hyundai, after all. In the case of laptops Apple and Microsoft recently revealed their visions for where premium laptops are going. Even if you’re not in the market for a premium machine right now, it’s an interesting look given that these are technologies that will, bit by bit, drop down into the mid-range and budget machines of tomorrow. The laptops that you can buy for a couple of hundred dollars now would have been premium machines not that long ago.

On Apple’s side, the new refresh of the MacBook Pro line brings with it a slimmer profile and a significant challenge to its more affordable MacBook Air lines. Connectivity is via USB C only, which could be problematic if you’re not happy buying a few adaptors for existing USB A peripherals; this is the same issue as the company’s newer MacBook, which has a single USB C port; at least for the new MacBooks there are either two or four of them to play with. The other big new feature is the Touch Bar found on the 15 inch model, which replaces the function key bar on older MacBooks. Function keys have been around for decades on computers, usually assigned (as the name suggests) to specific functions within applications, and often with secondary functions such as volume control or music playback on more recent machines. There’s no function keys on the new MacBooks, instead replaced with a OLED screen bar that displays context-specific functions rather than bland keys. Apple’s pitch is that this will more naturally lead you to using the Touch Bar rather than ignoring the function keys altogether.

On Microsoft’s side, it’s refreshed the Surface Book concept it introduced last year. Surface Books are high priced Surface Tablet PCs in a laptop form factor, but with a removable top screen. So you pop its head off, more or less, and use it as a full Windows 10 tablet. For the 2016 iteration, Microsoft’s upped the underlying processing power and claimed battery life, but they’re very similar to last year’s Surface Books, because Microsoft’s still pushing a touch-sensitive operating system as the future of PCs. Apple has one of those via iOS, but the Touch Bar is as far as they’ve gone for touch on macOS so far.

Those are of course the kinds of prices PCs would command 20 or more years ago, so maybe while the processing power has increased exponentially, we haven’t shifted in pricing all that much after all.