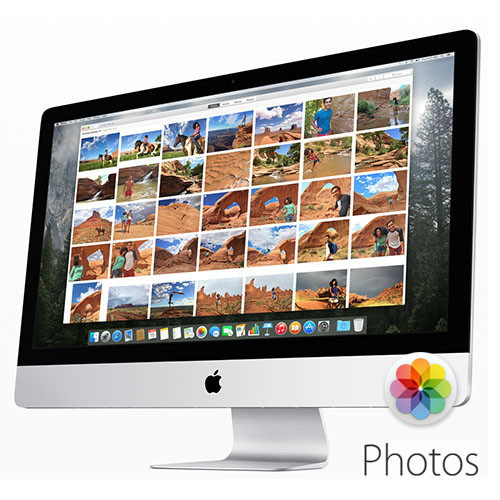 If you’re an Apple user who likes photography — and with the rise of smartphone cameras, we’ve all become photographers of a sort, although there’s always plenty to learn about the actual art of photography — then you’ll more than likely have been using Apple’s iPhoto application to organise your digital prints. iPhotos has been part of the Mac experience since 2002, which is a decent run for any piece of software, although a user of 2002-era iPhoto would find the 2015 iteration of the software to be quite different.

The chances are pretty good that you’ve also had your moments of cursing at iPhoto, because there are instances where it can be downright pigheaded, whether it’s eating up all your memory, or you’re trying to find a specific command that Apple’s chosen to hide in an obscure corner of the user interface.

If that describes your relationship with iPhoto, then I’ve got some good news for you. Apple’s doing away with iPhoto for users of Mac OS 10.10 (“Yosemite”), to be replaced by an application that’ll simply be known as “Photos”. It’s also ditching its slightly more professional grade suite, Aperture, and folding some of its features into the new application. In Aperture’s case, it’s been two years since any significant software upgrades in any case.

The iPhoto to Photos transition is one that’s already happened for any iOS (iPhone, iPad) user, as while Apple had developed a version of iPhoto for iOS, with the shift to iOS 8, all photo management and editing was dropped into an app called… you guessed it… “Photos”. Apple’s well aware of the advantages to it of having a cohesive application ecosystem. As such, having iPhoto on the desktop and Photos on the tablet and mobile doesn’t make much sense if the interfaces are radically different.

Photos for Mac will, as per reports, have an interface that matches that of the iOS app as closely as possible, while picking up some higher-end editing tools by way of Aperture. It’s not gunning for the industry leading Photoshop in this way, but more extending the possibilities for more consumer-grade photo enthusiasts to produce things like photobooks for those who like physical prints to go along with their precious digital shots.

Photos will also feature a much stronger focus on sharing your pictures via iCloud so that photos taken with an iPhone are (more or less) instantly available on your desktop for editing, as well as being backed up online — although that again raises the spectre of having third parties accessing your private photos. If you haven’t looked into Apple’s implementation of two factor authentication for your iCloud account, the introduction of Photos really should be your impetus to make it happen.

Photos for Mac has appeared in beta form in the next point upgrade version of Mac OS Yosemite, 10.10.3, but that’s not an absolute confirmation that when 10.10.3 rolls out, iPhoto will be shuffled off to its digital grave. It’s feasible that Apple may tinker for some time to optimise the software, but naturally, being Apple, it’s not saying one way or the other.