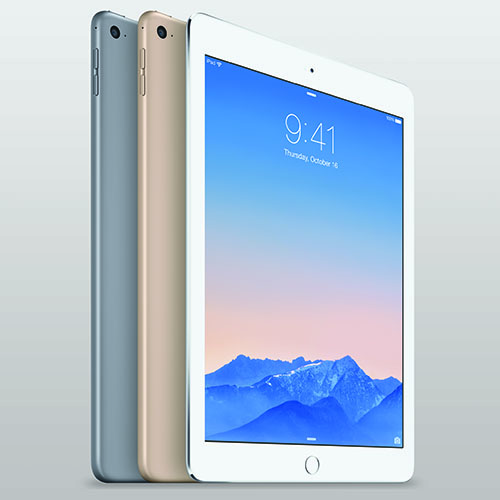 Apple’s unveiled its 2014 edition tablets, but only one of them is really worth buying. Actually, if you already own a recent model iPad, even that might not be true.

Which probably doesn’t sound like the most compelling start to a product review you’ve ever read, but in some ways Apple is the victim of its own success here. The iPad Air 2 on its own merits is easily the best tablet that Apple’s ever produced, and it’s also the best standalone tablet that you can buy right now. That’s largely down to the strength of the iOS ecosystem that lies behind it. While there are some very nice Android tablets, such as the Samsung Galaxy Tab S and even the upcoming Google Nexus 9, Android tablet apps still lag well behind those of the iOS app world. Microsoft’s done some great things with Windows tablets, but touch compatibility isn’t everything it should be, which largely leaves straight Windows tablets as either slightly underpowered laptops-in-waiting, or very Microsoft-Office focused tablets.

The iPad Air 2 doesn’t radically reinvent the display screen found on last year’s iPad Air; it’s still a 9.7 inch 2048×1536 pixel display, although it’s one that’s been bonded to the glass in front of it. Why would you do that? Largely because it eliminates a lot of reflection that bounces off the air gap that you usually find on LCD display screens. The downside is that it makes it much tougher to repair, but then dropping an iPad is nearly always bad news.

What Apple has changed is the thickness, down to a scant 6.1mm. That’s meant the removal of the direct mute/rotation lock switch that previous iPad models had, which is slightly annoying if you used that switch frequently. It’s still feasible to perform either task, but only via onscreen toggles. The payoff for that in switch terms is the inclusion of TouchID, Apple’s biometric unlocking and security system, which works very well indeed.

The processor underneath the iPad Air 2’s thinner frame is Apple’s new A8X model, supplemented with 2GB of RAM, which is more than any previous iPad model has had. That makes for a much faster iPad experience, especially if you’re a fan of more visually intensive applications. To give some benchmark context, using the Geekbench 3 benchmark application, last year’s iPad Air scores 2644. By contrast, the iPad Air 2 scores 5407. At this point that’s more a question of having headroom for future applications than being massively faster than anything else, because there’s not much in the app sense that really pushes just the iPad Air 2 hardware.

The camera has also been upgraded to an 8MP model that’s broadly similar to that found in the iPhone 6. I’m not a big fan of using tablets for photography, because you end up holding a very large and obtrusive frame in front of your subject. Still, if it’s the only camera you’ve got, it’s adequate enough.

The thinner frame of the iPad Air 2 has led to a reduction in battery capacity. That’s a pretty simple function of having less space to cram batteries in, but it’s to Apple’s credit that while it has less power to draw from, it’s quite good at conserving it. Head to head with an iPad Air, the iPad Air 2 managed identical battery life across most tasks, from simple video watching through to more indepth gaming, usually a battery killer.

If the iPad Air 2 is such a good tablet overall, why the downer opening? It’s simply a function of the fact that while the iPad Air 2 is undeniably very good, the same was true of last year’s iPads, and the iPads of two years ago. Apple has quite literally sold millions of those, and if you’re an existing iPad owner, the reasons to upgrade aren’t quite as strong as they might be for a new iPad owner. Apps still work on those older tablets, so your upgrade plans should only revolve around your iPad dying or breaking. Under those circumstances, or if you’re buying your first iPad, the iPad Air 2 is a very solid buy indeed.

It’s otherwise identical in every single way, both internally and externally. That still marks it out as a very good 7 inch tablet, but it’s the same thing as last year, at which point you’re better off saving a few bucks and buying the older iPad Mini 2 model, unless you need the higher capacity in a smaller 7 inch tablet body.