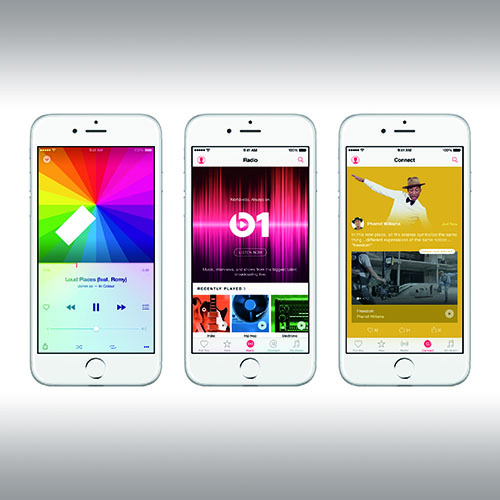 At its Apple Worldwide Developer Conference (otherwise known as WWDC) Apple’s announced a number of new software initiatives, from the next version of Mac OS, known as El Capitan, to the next version of iOS — not surprisingly, iOS 9 and even a rather rapid software update for its recently launched Apple Watch to Watch OS 2.

While new software is worthy, and it makes sense within the context of a developer conference to talk up the platforms that Apple would like developers to make software for, the headline grabber at this year’s WWDC has been the long-rumoured unveiling of Apple Music, Apple’s play for the streaming market dominated by names such as Spotify, Pandora and Rdio.

Like those services, Apple Music works around a subscription-based model where you pay a flat fee for streaming access to the music you could otherwise buy outright on iTunes. That will still be an option going forward, but like streaming video services, the allure of streaming music lies in having a potentially vast library of tracks to stream at your demand.

Music has been vital to Apple’s success in its recent history. There’s really no doubting that, given that only 15 years ago, Apple was essentially seen as a dead man walking in technology terms with a shrinking userbase, flaky operating system base and very little that was seen as either terribly productive or terribly desirable. The iPod changed all of that, and with the iPod came iTunes and a genuine revolution in the way we purchase music.

Despite Apple’s claims at its WWDC keynote, Apple Music isn’t revolutionary, but instead Apple’s take on the streaming concept that others have already very much brought to market. Apple’s rather good at this kind of thing; it didn’t invent music players, touchscreen computing or smart watches, either; it simply refined them to a certain degree and put its considerable marketing muscle behind getting its wide customer base to buy in droves.

Apple Music will be bolstered by a 24 hour “global” radio station called Beats 1 that’ll be centred in the US and the UK; again, streaming Internet radio is nothing new. Apple’s also having another stab at social media music sharing with Apple Music Connect, allowing users to share comments and tracks through Facebook, Twitter and iMessage. Again, that’s not entirely new, even for Apple, although its previous effort, Ping, sank like a stone due to incredibly low user take-up. Since then, however, iTunes has only grown and grown, with hundreds of millions of worldwide iTunes accounts.

Whether every iTunes user will become an Apple Music subscriber remains to be seen. It’s set to launch in Australia on June 30th, but as yet local pricing hasn’t been announced. In the US, the base subscription tier is US$9.99 per month, which would make a figure of around $11.99 a month seem quite likely. That puts it directly against the existing monolith in this space, Spotify, but unlike Spotify, Apple Music doesn’t have a “free” (ad-supported) tier. Possibly more enticing for most would be the $US14.99 (probably either $20.99 or $21.99 after conversion and GST) “family” plan, which allows for up to six people to have their own streams running. Split that amongst enough family members, and Apple Music could seriously undercut the competition.