Apple Pay is in Australia (just) 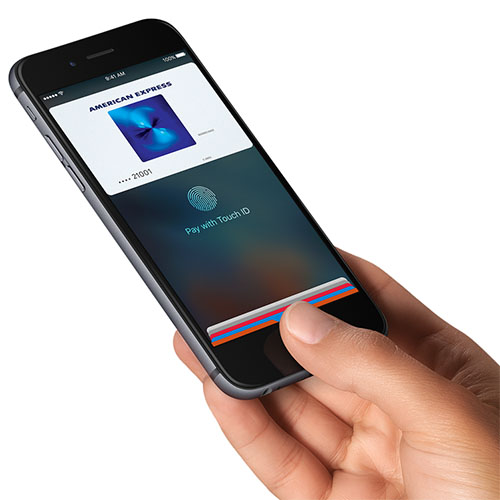 Apple made a lot of noise when it launched its own payment system, Apple pay, in the U.S last year. Apple Pay uses the combination of the NFC chip found in the Apple iPhone 6 or better along with the combination of the TouchID function that allows you to unlock such devices to maintain security during a transaction. In theory this is more secure than a regular tap and go paywave/paypass style transaction, because you’re not only presenting the “card” — although in this case it’s virtual as a software representation of the card — but also a biometric verification mechanism, meeting the essential requirements for two factor authentication. Anyone stealing your phone can’t use it for Apple pay, because their fingerprints won’t match, but your fingerprint alone isn’t enough either.

All well and good, but it’s taken more than a year for Apple Pay to launch in Australia. That might seem a little confusing, given that we’ve already got a pretty robust tap and go economy here, with far more businesses offering it than those that don’t. Indeed, it’s more common to see a “Sorry — no tap and go/paypass/paywave” sign at a small business by way of apology than for it to simply be omitted.

The relatively advanced state of the Australian economy when it comes to this kind of contactless payment system is actually part of the reason why it’s taken so long for Apple Pay to be introduced here, however. The stumbling block that nobody will officially go on the record that slowed Apple Pay was that Apple and the big banks couldn’t agree on the exact level of intercharge fee paid for each transaction. These are the microscopically tiny fees leveraged on any electronic transaction, which might make them sound like an odd thing to argue about, until you realise that there are millions if not billions of these transactions every single day. Multiply a tiny number by millions, and you’re talking serious money.

In the U.S, the contactless payment systems were nowhere near as advanced or widespread as in Australia, so it was (so it’s been reported) easier for Apple to negotiate with banks for a “new” technology. Here, the big banks already had leverage, because such systems weren’t new, and they weren’t willing to pay Apple’s particular fee ranges, up until now. If you were particularly enterprising and could qualify for an American-based credit card, some folk did discover that some NFC payments could work with some terminals, but that was mostly an exercise in stubbornness once you take factors such as currency conversion into consideration.

The technology behind Apple Pay — and it’s not alone, with Google having its own payments systems, as well as Samsung — is interesting, but for now, while it’s “officially” available in Australia, it’ll be a while and a few bank negotiations before we’re all paying for everything only with our phones.