Apple updates iOS, but it’s not just all bugfixes 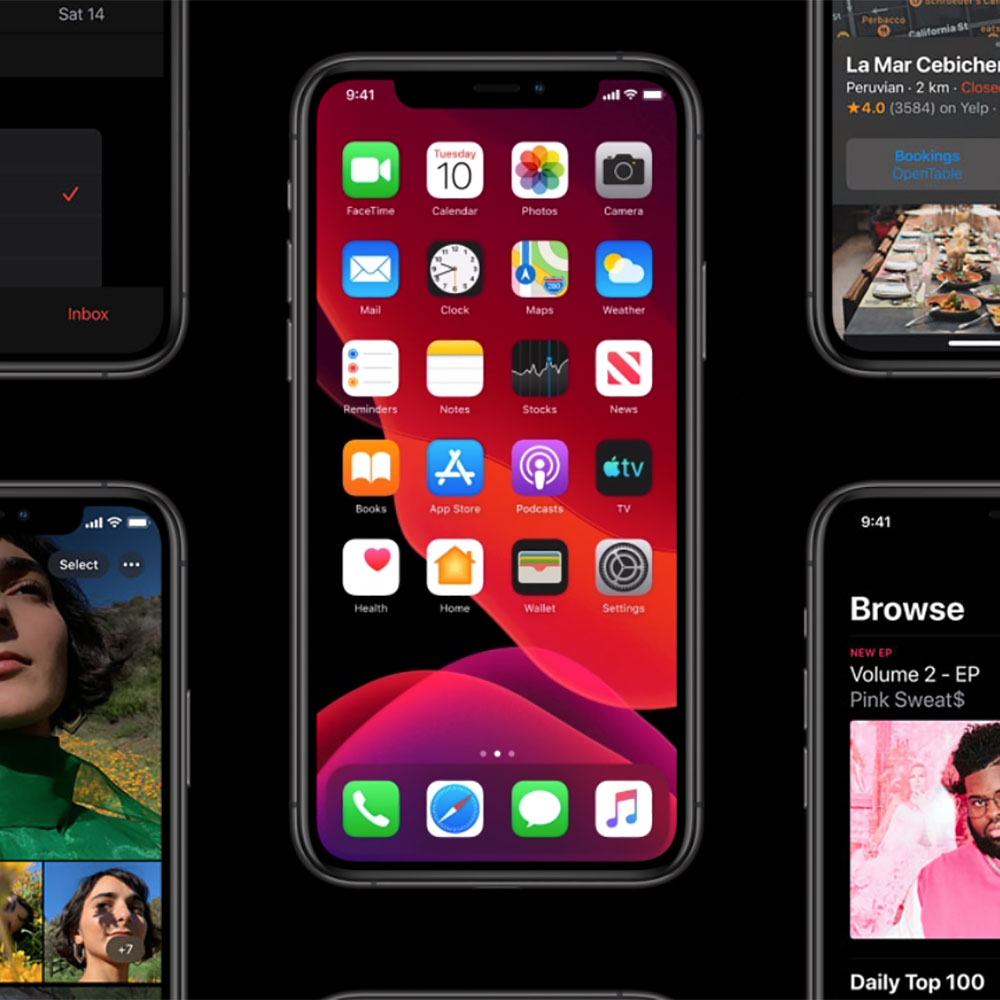 If you’re a user of one of Apple’s very popular iPhone or iPad tablet devices, you’ve probably already been pestered by now to upgrade to the latest version of the underlying operating system Apple uses for its mobile devices.

While technically iOS is now only for iPhones while iPads use iPadOS, there’s an awful lot of code similarity between the two platforms, given that Apple only forked iPadOS off from iOS this year. The iOS/iPadOS upgrade to version 13 brings with it a number of security improvements and bugfixes, but also a number of new features as well.

Apple typically drops a generation of older iOS devices when it releases a new version. The older hardware typically struggles to keep up with the demands of newer, more powerful software, although it’s a picture that’s complicated by the split between iOS and iPadOS this time around.

On the iPhone/iPod Touch side of the fence, you’ll need one of the following handsets:

In order to get iPadOS 13, you’ll need one of the following iPad models:

If your iPhone or iPad isn’t on that list, then you won’t be able to install iOS 13. Indeed, you won’t even be prompted to. As always, you can check if your iOS/iPadOS software is up to date by opening up the Settings app, tapping General, then tapping Software Update. If there’s an available update, be it a point security update or full number update, your device will check for it and update accordingly. It’s wise to do so over Wi-Fi rather than mobile data, simply due to the costs of downloading those updates.

So what can I actually do?

So what’s actually new in iOS 13/iPadOS 13? Honestly far too much for just one article, but to start here’s a few headline features and tips you may want to try.

There’s a new dark mode option you’ll be offered when you upgrade — or by heading to Settings, then Display & Brightness — that turns most (but not all) interfaces dark, which may be easier on your eyes, especially late at night. Apple’s also debuting its Apple Arcade subscription gaming service for iOS/iPadOS devices with version 13. That may or may not appeal, but at least a free trial is available.

There’s also native support for swiping style keyboard entry. You’ve been able to install third party swipe keyboards for some time now, but it’s now a native feature. If you’re keen, you can enable that by heading to the Settings app, then General, then Keyboards, and then switching “Slide to Type” to the green “On” position.

If you’re the private type — or you just hate spam callers — you can now silence them automatically on your iPhone. Head to Settings, then Phone, and turn on “Silence Unknown Callers”. Anyone not in your existing contacts list will still be able to call, but they’ll automatically be muted, rather than disturbing your day. They can leave a voicemail message, which means you can deal with them at your own pace — or ignore them completely depending on the nature of the call.

Apple’s also expanded the role that its voice assistant Siri plays in iOS 13, with a new Shortcuts app that makes it easier to set up custom voice commands or even full automated actions, such as playing a song when you get home, or switching on Bluetooth when you leave home to sync to your car, for example. Apple’s new Shortcuts app really does make this quite simple with a guided interface that shows you what’s possible with just a few taps.

If you take a lot of photos or video with your iPhone or iPad, you should also check out the new editing tools built right into the photos app. It’s not quite professional grade editing, but for the everyday user it’s quite powerful, with easy ways to automatically punch up the quality of your pictures, or even do some quite fine-grained editing and correcting. As just one example, it’s now feasible to rotate videos you’ve shot within the photos app, which corrects (to an extent) if you’ve accidentally started recording video in portrait mode when you wanted a landscape shot, or vice versa.