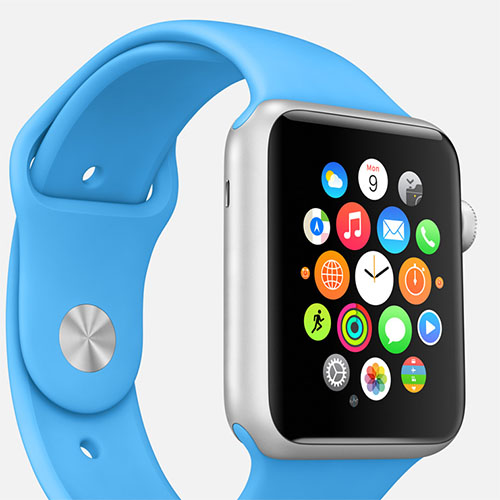 Apple sells its Apple Watch as something of a fashion statement. That’s clear from the fact that while the technology at the heart of the Apple Watch remains constant, you can spend from $499 up to a wallet-busting $24,000 on one. No, that’s not a typo; it’s feasible to spend as much on an Apple Watch Edition in rose gold as a small car. Apple, and plenty of other “premium” watchmakers would contend that this is nothing new, because Apple’s shooting for the crowd that buys Rolexes with its high end fashion watches.

Underneath whichever layer of glitz you opt for, Apple’s taken the concept of a smartwatch and run with it in much the same way as it did with the iPhone, which is to say it’s applied a very smooth layer of gloss over the whole experience. I’ve spent the past couple of weeks trying out the entry level Apple Watch Sport, which in the 42mm size that suits my wrists runs to $579. The same thing with a smaller 38mm face costs $499, with the mid-range Apple Watch costing between $799 and $1,629 depending on your choice of band. Then there’s the upper tier “Apple Watch Edition”, which are, frankly, on the silly side of pricing, or at least the side where if you have to ask the price, you most definitely can’t afford it.

The Apple Watch experience borrows heavily from Apple’s existing iOS platform for iPhones, iPads and the iPod Touch line, although it’s only the iPhone 5 or better that will pair with an Apple Watch. The pairing process is very simple, via the Apple Watch app that automatically installed if you updated to iOS 8.3 — which you’ll need to do if you buy an Apple Watch. From there, any apps you’ve already got will install their Watch counterparts onto the Watch itself. You can also sync music to the Apple Watch for phone-free music streaming, and use it as a pedometer and heart rate sensor. Like most activity trackers it’s not one hundred per cent accurate, but I’ve always maintained that it’s in keeping a quantified record of overall performance that you get any actual fitness benefit out of such devices. For what it’s worth, the heart rate sensor works quite well if you’re a runner compared to the sensors on other devices I’ve tested. There are apparently issues with the Apple Watch if you’ve got heavily tattooed arms, however.

Like the iPhone, the heart of the Apple Watch experience lies in the app ecosystem that Apple’s both provided and has made available to developers. It’s arguably where it may see success against the existing crowd of Android Wear, Tizen and Pebble watches, with surprisingly strong developer support even at launch. Like the iPhone, that’s only likely to improve with time. Apple being Apple, there are restrictions on what developers can make for the Apple Watch, with new watch faces being a notable no-no. Apple’s provided faces are a mix of cute and functional, but it’d be nice to see this expanded out to a wider variety of options.

The Apple Watch uses a mix of touchscreen and dial controls, with a “digital crown” dial on the side that’s used both as a button and to zoom, pinch and scroll through selections. There is a learning curve here, but it’s not one that’s too onerous.

I’ve tested every smartwatch on the market, and most of the activity trackers as well, and I’ve little hesitation in saying that the Apple Watch is the most refined of them all, even given that the others have had head starts that measure in years in terms of getting apps and experiences sorted out. That being said, for most folks the Apple Watch right now is best seen as a fashion/vanity purchase rather than a straight up sensible technology choice.

Still, $579 is a solid amount to spend on a smartwatch when you compare it to the existing smartwatch market. Competing devices from makers such as Samsung, LG or Motorola sell for between $250-$350 with colour screens, and if you just want the notifications side of things, Pebble’s e-ink smartwatch handles that in monochrome for around $150.

That’s easily the biggest strike against the Apple Watch; it’s a premium device at a premium price point, and right now there’s not quite enough to make it a “must-buy” technology item. Apple’s aggressive push in the apps market could well change that, but groundbreaking apps take time to both polish and publish, and it’s feasible we could see the second generation of Apple Watch before it really picks up steam.