Apple’s new iPad shows where it thinks laptops are heading 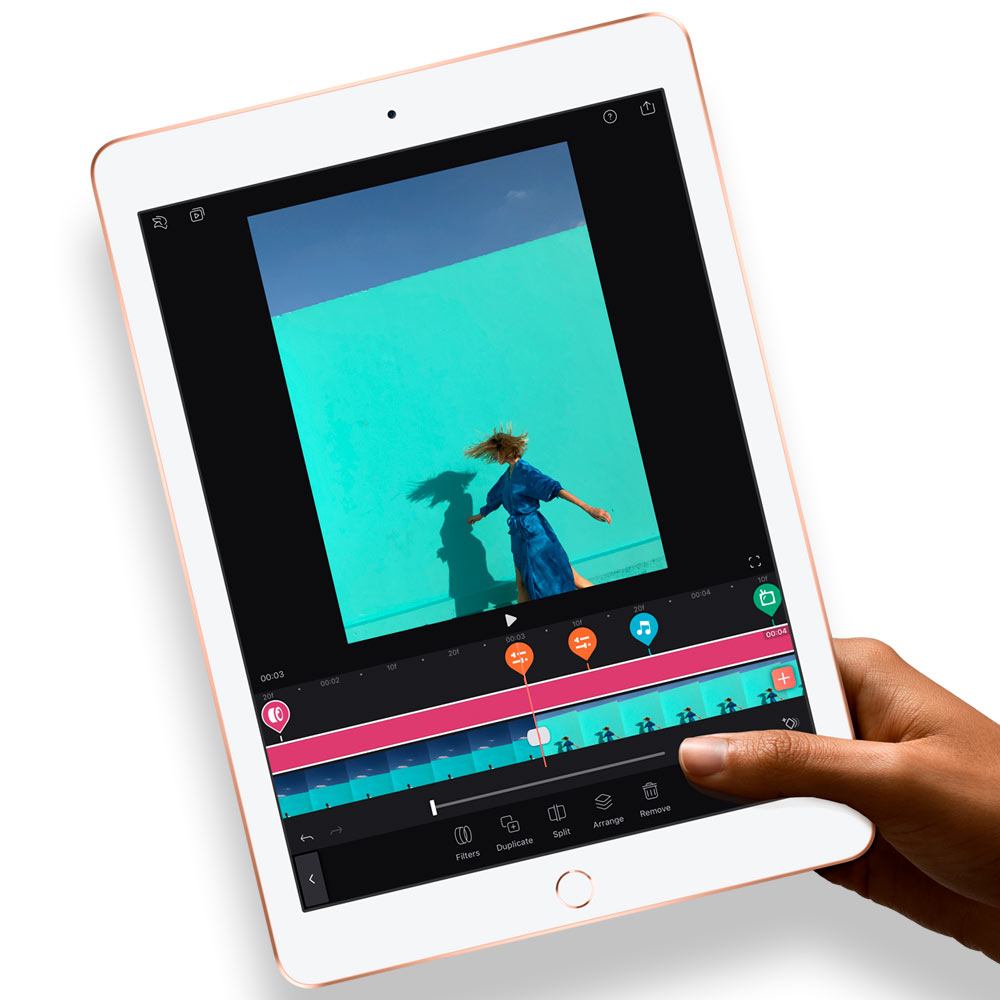 Apple recently announced a “refresh” of its iPad line, bringing it into its sixth official generation, although all you’ll find on the box is the name “iPad”, in line with the rebranding Apple went through last year. Right now, there are only three iPad lines to buy, with the iPad Mini still struggling along, the regular iPad and the much more expensive iPad Pro.

The new iPad is an interesting tablet internally, with an Apple A10 processor — the same found in the iPhone 7 — alongside 2GB of RAM and either 32GB or 128GB of non-expandable storage. Apple has never gone down the route of officially supporting expandable storage for any of its iOS devices. You can buy some expansion or Wi-Fi compatible drives that can share data with an iPad or iPhone, albeit generally in a rather clumsy fashion.

The A10 isn’t the freshest or newest processor in Apple’s lineup, but it does give the more “affordable” (Apple hates the word “cheap”) iPad a decent kick in the performance department. If you do want the best iPad performance, you’re still looking at an iPad Pro.

Where the iPad meets the much more expensive iPad Pro line is in adding support for the Apple Pencil, Apple’s much more costly stylus device. It’s a very fine stylus if you’ve got a strong artistic bent, and a large number of iOS apps now support it for selection and text entry chores as well. It’s not standard equipment with the new iPad, however, so if you want one, you will have to pay extra for it.

Apple’s positioning for the new iPad line, and the reason for the inclusion of Apple Pencil support is to give it more of a push into the education market, where cheap Windows machines and Google’s Chromebooks have made progress against Apple in recent years. Whether or not your school (or child’s school) has adopted iPads as yet, Apple is clearly keen to get more of them in the education space, also launching a new creativity-focused curriculum for teachers.

If you’re currently in the market for a tablet and you’re pondering between the iPad Pro and the iPad, you’re more than likely going to get a good enough experience out of the lower-cost iPad, unless you were thinking of the 12.9 inch iPad, which is pretty much a market to itself. Left very much behind in the conversation is the iPad Mini, which hasn’t seen any upgrades for more than a year now.

Frankly, at the asking price, unless you absolutely had to have a smaller tablet for space reasons, there’s no reason not to get the regular and much more powerful iPad instead. It seems likely that we’ll see new iPad Pro models pretty soon too, if only because there’s not a huge justification for the 10.5 inch iPad Pro’s price point when many folks would be able to get by on the cheaper regular iPad.

This is all good news for tablet fans, because the iPad range still very much remains the tablet range to buy.

Where this isn’t great news is if you’re a current user of Apple’s desktop and laptop operating system, macOS. Apple is now, more than ever, signalling that it sees the iOS experience and tablets generally as the future of computing. Certainly, its sales figures for iOS devices dwarf those of its macOS lines, so maybe it’s got a point.

There’s a lot of current convergence between macOS and iOS with features like Siri now built into the desktop system, and it doesn’t take too much of a crystal ball to predict that they’ll merge code bases in the next few years.

Indeed, current rumours suggest that Apple’s developing even more of its own silicon to get away from the current range of Intel processor-based Macs, and that’s most likely when they’ll essentially start selling just the one range of systems. Hopefully by then, it’ll be easier to do things like add storage or non-Apple peripherals to an iPad, because that’s still a sticking point for many users.