Are smartphones going the way of notebooks? 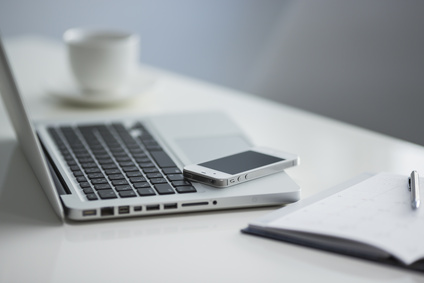 As I write this, the large annual mobile device conference, Mobile World Congress has just concluded in Barcelona. At MWC, telcos, phone manufacturers and anyone with an interest in the mobile space converge. As you can imagine that’s a lot of folk.

MWC is also often used to show off the wares of the big phone manufacturers. This year proved no different, with many new phone models emerging… with a difference.

You might think that the phone you’d hype if you were a phone maker would be your best and brightest, because they’d be deserving of the most hype. That’s often been the model at MWC, but this year there were far more mid-range and especially entry level handsets on show.

Samsung did show off its new flagship, the Samsung Galaxy S5, along with new Galaxy Gear smartwatches running on its own Tizen operating system rather than Android, although they’ll still only work with Samsung Android devices. Sony likewise showed off two devices under the Xperia Z2 label; a waterproof 10 inch Android tablet and a 5.2 inch Android smartphone.

For almost everyone else, though, the story was all about mid-range or even entry level phones. HTC, Huawei and even Nokia showed off devices that sell at entry level price points, and that’s quite a deliberate strategy.

As an aside, Nokia even took a strategic detour with its new Nokia X phones. The entire mobile division of Nokia is in the process of being acquired by Microsoft, and to date its premium smartphones have all been running Microsoft’s own Windows Phone 8 operating system. The Nokia X handsets aren’t exactly premium, but then they’re not running WP8 either. Instead, they’ll be heavily modified Android handsets, albeit on an older version of Android spliced to use Microsoft’s own services for mail, apps and search rather than Google. Naturally, the week of MWC wasn’t even finished before somebody worked out how to hack a Nokia X to access Google services, but for the average consumer, these will appear to be Microsoft devices.

What’s happened here is that while we can expect new “hero” phones like the S5 and Xperia Z2 to keep improving, the markets where they’re predominantly sold — including Australia — are basically saturated. If you want a new phone, there’s no shortage of choices. Where these manufacturers see opportunity is more in emerging markets. Parts of Asia and Africa especially are seen as ripe ground for new phone sales, but in many of those markets you can’t just sell a $999 smartphone, because it’s essentially unaffordable.

So what does that mean for Australian consumers? It’s essentially the same thing that’s happened to the notebook market. Smartphones, even mid-range models, are now very powerful little creatures, in the same way that a mid-range notebook is going to suit most everyday uses quite nicely. We won’t see every cheap smartphone announced at MWC, at least not officially, but some will find their way into stores, especially as more Australians shift to outright phone purchase. Even if there’s only a few, what’ll happen is exactly what happened with notebooks. As the power equation shifts to the mid-range notebooks, we’ll see both more innovation at the top end, along with serious price pressure to keep things affordable.