Are you holding out on the Windows 10 upgrade? 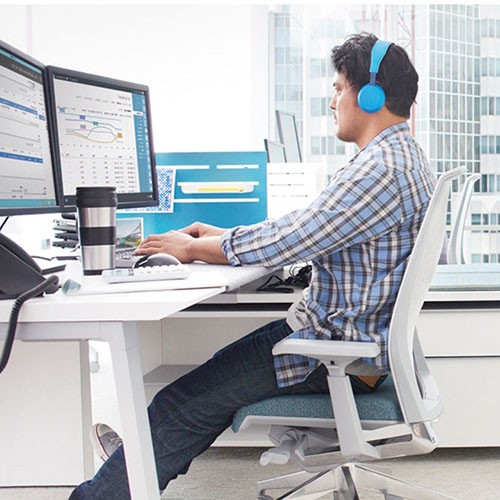 It’s now been more than six months since Microsoft launched Windows 10 globally with the promise that if you were running a PC with Windows 7 or 8 preinstalled, you could update to the latest version of Microsoft’s operating system for free. Zip, zero, nada, no money down and no prospect (despite rumours) of some kind of later subscription service if you did take the free upgrade path.

In that time, Microsoft has softened its stance on upgrades such that you can install Windows 10 “clean” onto a PC without having to necessarily install Windows 7/8 first, but it’s also started to get more insistent on trying to get as much of its user base onto the new operating system as possible. When it first launched, Windows 10 was invite-only, and as such there was perhaps more of a clamouring amongst the technorati to get onboard with the new operating system. Those folks are well and truly installed by now, so Microsoft has shifted to being more forward with invitations and splash screens designed to get users to upgrade.

If you’re using an Internet-connected Windows 7 or 8 machine you can’t have missed these entreaties, which promise upgrades immediately, overnight or at a time of your choosing. That’s quite sensible policy, given that the install procedure can take quite some time, especially if you’re on a slow connection and the necessary background files haven’t already preloaded in the background.

Still, it’s pester power, and you may be on the fence as to whether it’s a sensible upgrade to undertake in the first place.

There’s no hard and fast answer to that question, because it will depend on your exact circumstances and needs. There’s no practical way in which Windows 7 or 8 will suddenly cease operating on any timescale just because you don’t upgrade to Windows 10. That being said, there’s no prospect of major upgrades for those operating systems, and security updates will also start being deprecated, which could leave you with a less secure PC. The updated security underlying Windows 10 could be a good argument for updating.

In terms of new features, I’d argue it’s likely for the vast majority of users that you wouldn’t see a huge difference between the operating systems as they now stand, aside from the very obvious stuff like the drop back from Windows 8’s largely despised “tiles” interface. That doesn’t mean that there aren’t new tweaks that may be a benefit to you, but for most I think you’d probably just go on with business as normal.

The age and condition of your computer is also a concern. Windows 10 won’t suggest itself as an upgrade if you don’t meet the minimum specifications, which are moderate, but the experience you’ll get if you only just meet those specifications will be quite different to those on a top-end PC. Windows 10 can (at least observationally) improve the performance of a mid-range machine, but if your PC is a bit older or slower, it could be problematic.

There’s no easy way to say that a given application or peripheral (such as a printer) will or won’t work under Windows 10 at this point in time, because it’s a very complex environment, as it always is with a new OS. Except in this case it’s not a “new” OS any more, so you’ve got the opportunity to check whether or not your favourite programs or peripherals are supported. There are much better odds that, a few months down the track, they’ll be working. Equally, if they aren’t, somebody online is likely to have complained about it, and that can serve as a red flag to you.

Windows 10 won’t be free forever if you don’t upgrade, and here Microsoft has introduced some uncertainty. Not that those who do upgrade will be charged, but if you don’t, there will be some kind of upgrade charge likely by the middle of this year. Microsoft hasn’t announced what that pricing will be, whether it’s a one-off charge or a subscription model similar to its existing Office 365 product, or indeed whether it will extend the “free” offer for the time being. All we know for now is that the clock is ticking if you haven’t yet updated.