Are you ready to abandon optical discs? 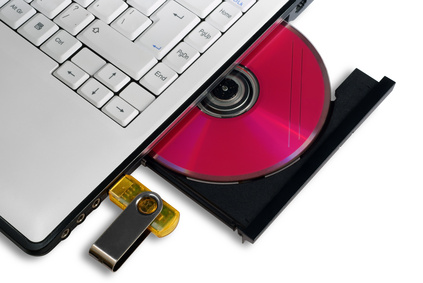 Is it time to retire your CD and DVD library in favour of digital downloads?

The idea of heading down to the shops to buy an album or movie seems rather antiquated in this age of on-demand digital content. Even ordering discs from Amazon, then paying for postage, seems like a waste when buying digital movies and music is so easy. With the rise of subscription music and video services, you don’t even need to “buy” content anymore now that you’ve got massive online libraries at your fingertips. Do you really need a collection of discs gathering dust on the shelves, discs which are so easily damaged when taken out of their case?

The decision to abandon optical discs isn’t one you should make lightly, although for most people it will be a gradually transition rather than a conscious decision. Moving from discs to downloaded content is about trading flexibility and quality for convenience, so it really depends on how fussy you are and how much you care about format lock-in.

When it comes to digital music, only serious audiophiles are likely to notice the difference between the original CD and a track ripped at 256 Kbps. Many subscription music services also offer high quality streaming at 256 Kbps or above which sound good even when listening through a decent sound system which shows up poor quality audio.

Early music downloads were typically 128 Kbps files protected with Digital Rights Management which restricted your playback devices. Anyone still stuck with these old tracks probably regrets not buying the CD instead. These days Apple’s iTunes Match lets you upgrade many of your old digital music tracks to 256 Kbps AAC files without DRM, which is an improvement but you’re still stuck with a specific format. It’s possible to convert tracks to different formats, but the results might not be as good as if you’d ripped them from CD again.

Admittedly the sound quality of 256 Kbps AAC files is more than enough to satisfy most people, but buying music on CD gives you the ability to rip music in your format and bitrate of choice and then put away the disc for safe-keeping. This way you can create the optimum music files for your audio equipment and even go back and re-rip your music later if you buy new gadgets, decide to switch from MP3 to AAC or perhaps embrace a lossless audio format such as FLAC.

You might not care about these things, and that’s understandable, but at least make an informed decision rather than leaping into digital downloads only to look back later and wish you had CDs stashed away in the cupboard.

When it comes to movies, you don’t need to be a videophile to see the difference in quality between a disc and a digital download. We’re still in the early days of mediocre bit rates and crippling DRM, just like early music downloads. As new devices and services come along, you might not be able to watch your old purchases.

If you’re only going to watch a movie on a smartphone, tablet or computer then you might not notice the difference between a digital download and the disc. But if your television is larger than 37 inches and offers decent picture quality then you’ll notice that even the best movie download services can still look a little pixelated, and lack detail in the shadows, compared to the DVD. Even 720p and 1080p high-def downloads don’t look as good as Blu-ray, as there’s more to picture quality than simply the number of pixels on the screen.

Digital downloads might be acceptable for one-off rentals, but it’s still worth buying your favourite movies on disc. Some discs come with a free digital copy, otherwise it’s not that hard to make your own using software such as AnyDVD HD and Handbrake. As with music CDs, you can always re-rip your movies later if you want them in a different format.