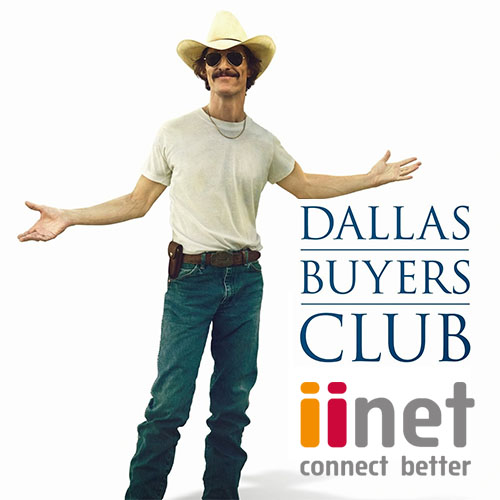 The day of reckoning is approaching for Aussies who prefer the BitTorrent channel over paying for movies.

Movie houses have been tracking illegal file-sharing for quite some time. They can trace BitTorrent traffic back to the IP address allocated to your home (although there are tricks for masking this). For the movie houses the biggest difficulty is matching up legitimate IP addresses with street addresses, so they know where to send their threatening letters. That’s about to get much easier.

Copyright holders might not know where you live, but from your IP address they can tell which Internet Service Provider you use. To track you down they need your ISP’s cooperation, something which ISPs like iiNet have been reluctant to provide. Australia’s upcoming anti-piracy legislation will force internet providers to cooperate with a court order to reveal your deals if you’re caught three times in 12 months, but the movie houses have won a preemptive strike.

A Federal court judge has ordered iiNet and several other Australian ISPs to hand over the details of almost 5000 customers caught downloading Academy Award-winning film Dallas Buyers Club. There’s no protection of a three-strikes rule for these people, any customer detected downloading the movie will be caught up in the net.

The ISPs have 28 days to appeal the decision. Should the ruling stand, it might open the floodgates for other content owners to pursue Aussie pirates through the courts without waiting for the three-strikes rule to come into effect. Australia’s upcoming data retention laws might make it even easier for movie houses to put a name to your IP address.

In other countries movie houses have engaged in a shifty practice known as “speculative invoicing”, sending out threatening letters demanding thousands of dollars in compensation in order to avoid being dragged through the courts. The good news for Australians is that the judge has demanded to oversee the wording of the Dallas Buyers Club letters in order to stamp out speculative invoicing, which falls into a legal grey area under Australian law.

The Dallas Buyers Club ruling is the biggest win yet in Hollywood’s efforts to crack down on Aussie movie pirates. With internet service providers forced to dob in offenders, BitTorrent users should think twice before downloading a movie rather than paying for it.