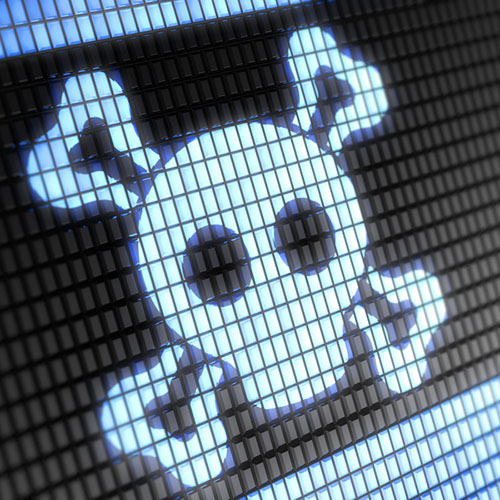 Australia’s piracy crackdown has stepped up a notch, with new copyright laws set to force internet service providers like Telstra and Optus to block websites such as The Pirate Bay. Rather than addressing the cause of piracy by confronting rights holders and demanding they stop treating Australians as second class citizens, the government finds it easier to bow to the demands of copyright lobbyists and introduce online roadblocks which will be child’s play to bypass.

We can at least be thankful that the piracy crackdown will be an open and transparent process. Australian businesses can go to court and demand that a website be blocked if the site is “facilitating access to” its content, or content that it has licensed for Australia. This broad definition lets them target websites like The Pirate Bay which don’t actually host content, but instead act as the middleman to allow people to share content via BitTorrent.

In order for a site to be blocked, the complainant must convince a judge that the “primary purpose” of the site is to facilitate copyright infringement. This process should make it harder for copyright holders to take a shotgun approach to blocking sites, assuming judges don’t simply rubber stamp every application. It will certainly provide greater safeguards against abuse than the previous government’s proposed pornography filter, which would have seen bureaucrats making such decisions behind closed doors.

Australians attempting to visit blocked piracy sites will be told that the site is blocked and why, unlike the pornography filter which was to remain wrapped in secrecy.

Despite these checks and balances, the law still feels like it is weighted heavily in favour of copyright lobbyists rather than consumers. The government shot down a proposed amendment to allow third parties like consumer advocacy groups to come to the defense of websites they feel are unjustly targeted – which doesn’t exactly instill confidence that the government wants a fair and balanced copyright system.

For all the fuss about the new website-blocking laws, they will do very little to stop Australians accessing these websites. Many Australians already use a Virtual Private Network to mask their location so they can beat geo-blocking and bluff their way into foreign streaming video services such as US Netflix, Hulu and BBC iPlayer. Switching on a VPN will just as easily let Australians bypass any website filtering efforts put into place by their ISP.

VPN features are built into practically every computer, smartphone and tablet – once they’re set up you can enable them with a single click – but Australians might not even need to go to this much trouble. The legislation leaves the method for blocking websites up to the judge and the ISP, which means they’ll likely take the easy option of changing the listing for The Pirate Bay on their DNS servers.

Think of DNS servers as internet telephone directories which convert website names into strings of numbers known as IP addresses. When you try to visit a website such as google.com.au, your computer checks with your ISP’s DNS server to find the IP address for that domain name – in this case 216.58.220.131.

By listing the wrong IP address for thepiratebay.gd, an ISP can stop its customers reaching the site – just like deliberately listing the wrong number in the telephone book. The problem with this plan is that it’s simple for anyone to change to a different directory, such as Google’s own DNS server which might run faster than your default DNS server. Alternatively they might use a DNS service like UnoTelly, Unblock US or Getflix, which offer an alternative to VPNs for reaching geo-blocked foreign websites.

At this point the government’s piracy roadblocks will vanish, unless ISPs use more complicated and expensive ways to block websites. Even then, a VPN will still do the trick. Considering that many Australians already use VPNs and DNS workaround, they might not even notice the piracy roadblocks. People who do will soon find a way around them, then we’ll be back where we started except the government will have driven pirates underground rather than encouraging them to mend their ways.