Belkin Buys Linksys, But What Does That Mean To You? 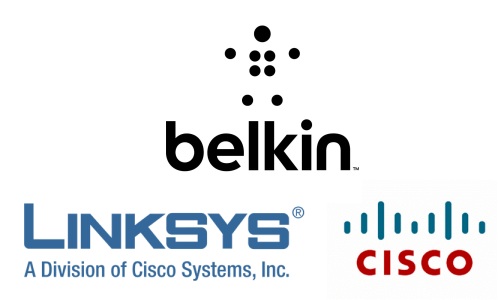 If you’re in the market for a new router, or for that matter, a combined modem-router, you’ve got a few brands to pick from; D-Link, NETGEAR, Billion, Apple, Netcomm, Belkin and Linksys and many others.

That field’s shortened a little recently. Linksys was a wholly owned brand of networking giant Cisco, but it announced recently that it was selling the Linksys brand, and, indeed, its home networking division to rival Belkin. It’s not clear what price Belkin paid, but Cisco’s clearly decided that the home and small office environment isn’t where it wants to play any more.

Where does this leave owners of existing Linksys products? Belkin says it’ll honour all warranties when the switchover occurs in March, and it intends to continue the Linksys brand going forwards, although whether that means genuinely different products between Belkin and Linksys, or a whole lot of rebadging isn’t clear. My money’s on the latter scenario, mostly; there’s benefit to be had in having a couple of “brands” in market to cover everyone from entry level budget buyers up to higher-end more discriminating purchasers.

For what it’s worth when it comes to router (and modem-router) recommendations, I’ve never met a brand that doesn’t have a lemon somewhere; sometimes it’s an entire range, but often it’s whether or not you get the individual unit built last thing on a Friday or not. You’ll usually get what you pay for, though; I’ve had more grief out of budget model modems and routers than I have out of the more upscale fare. Still, I’ve had plenty of networking gear outright die on me, sometimes in spectacular fashion; in today’s connected world it’s especially frustrating when networking equipment dies on you, because the causes are often complex and baffling, and it’s all too easy to start thinking of your net access at home or in the office as being “just there”.

This isn’t a unique thing in the IT business; if you own a GPS branded as Mio, Navman or Magellan, you’re actually holding a device developed by a single large holding corporation, Mitac. There’s the appearance of competition, but the money all flows one way, and, in the eyes of the company with multiple products, it would rather it got your dollars than they go to a rival. It also means it’s removed competition, which means there’s slightly less impetus for price drops across all brands. It remains to be seen exactly what Belkin does with Linksys, and especially which bits of Cisco’s own intellectual property come with the deal; it could be that Belkin’s entire line improves with a little more network smarts from a rival, but equally, it may be that the current lineup of Linksys routers on shelves now are the last with Cisco’s own IP within them.