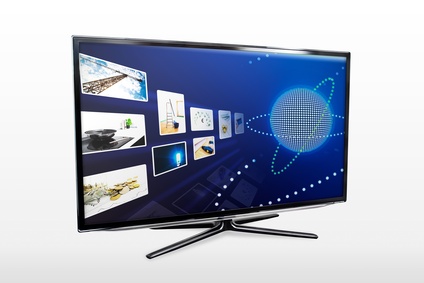 The big screen TV has become a status symbol of the consumer age, but don’t get caught up in a game of “mine’s bigger than yours” when shopping for a new television.

Picture quality is king, but a perfect 1080p Blu-ray movie will look great on just about any television. The key to spotting a great television is seeing how it copes with a less-than-perfect picture — such as DVDs and broadcast television with dark scenes and fast-moving action. Picture quality is all about video processing — the magic ingredient which helps great televisions do the best they can with mediocre content. Standard-def movies and TV shows will look pretty shabby on a giant television with poor video processing, as the television merely magnifies all the imperfections in the picture.

Television makers throw around impressive numbers when it comes to screen size, resolution, refresh rate, brightness and contrast. They look good on paper but the fact is that picture quality isn’t a numbers game. You need to judge it with your own eyes, not by the spec sheet.

When you’re looking at televisions in the shop, don’t get distracted by the brightness of the screen or the vividness of the colours. These settings can be easily adjusted and some stores deliberately crank them up on the televisions they want you to buy. Rather than the colours, pay more attention to the movement and the shadows.

Contrast is one of the most important factors when it comes to picture quality. You want the blacks to look very black and the whites to be very bright, but not so much that objects turn into murky blobs with no detail. A bright full moon shouldn’t be overblown and you should still be able to see the fine details of monsters lurking in the shadows. If someone is wearing a black or white shirt you should still be able to see the creases and buttons. If all these details are lost then poor contrast is probably to blame.

The next thing to look for is motion blur. If possible, test out the television when live fast-moving sport is on — preferably in both standard and high-definition so you can switch between them to compare. Alternatively you might bring your own DVD with fast-moving action at night. Never judge picture quality simply by something like a Pixar animated movie, which looks good on any television. If the store won’t let you watch anything but Toy Story, you should take your business elsewhere.

If you’re watching fast-moving sport like football, look for halos of pixelation around the players as they run across the screen. Do they leave a trail of blur behind them? Check whether the ball looks the right shape and whether the straight lines on the ground appear jagged. Also look to see whether the green grass turns into a featureless blob as soon as the camera moves. If you’re watching a movie, check whether the shadows turn into a blurry, pixelated mess during night scenes.

Such imperfections will be more apparent when watching standard-def content instead of high-def, but as long as you use the same content when comparing televisions then the good televisions will stand out from the bad. Remember, don’t get distracted by the bright colours, you’re looking at contrast, detail and blur.

The closer you get to the television the more obvious a poor picture becomes, but to be fair you should try standing back the same distance as your couch sits from your TV at home. Once you know what to look for in terms of picture quality, it becomes much easier to find the perfect television for your lounge room and your budget.