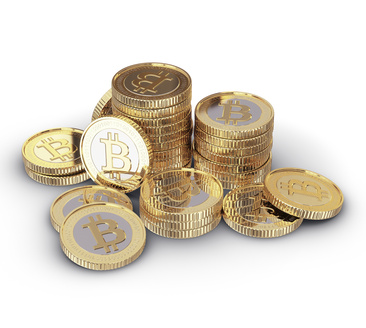 Most of us think we understand money, but as it’s become increasingly digital, the concept of physical money has lost some (but not all) of its potency.

But would you invest in a currency that was not only digital, but also not backed by any major government at all, and instead generated by complex mathematical derivations that mean that while there’s a fixed amount of the currency, new units of value can be “generated”?

That’s the basic premise behind Bitcoin, a decentralised digital currency that’s generated a lot of headlines lately, partly because the value of a single Bitcoin had recently skyrocketed — at heights well above $US1000 — before crashing back down considerably after the Chinese government apparently declared a ban on Bitcoin.

Mathematically Bitcoin is interesting, because it’s generated via a very complicated set of mathematical equations running on many computers at once in a peer to peer fashion similar to BitTorrent.

This is Bitcoin “Mining”, and the way the sums work also means that the sums being churned also act as verification for each and every Bitcoin transaction, making them (theoretically) incredibly secure as well as largely anonymous.

Buying a Bitcoin involves having two cryptographic keys — one public and one private — that lock it down in a digital wallet. The Public key is, as the name suggests, public, and also serves as an address to which Bitcoins can be sent to a wallet, as well as part of the authorisation process if you spend or exchange Bitcoin anywhere.

You can buy Bitcoin, and an increasing number of merchants are accepting it, or you can put your computing resources over to joining the mathematical swarm in hopes of “mining” a Bitcoin or two.

That’s the payoff for being part of the network, as new coins are “released” at a regular rate, although the odds of randomly crunching the right sums at the right time are quite high. With Bitcoin values currently riding quite high, it’s an interesting bet as to whether you’d churn more power than you’d need to get a Bitcoin.

It’s not just a matter of brute force — experimental Bitcoin mining rigs have been run on machines as simple as the 8-bit Nintendo Entertainment System from the 1980s — because of the random nature of the mining itself.

Meanwhile as a currency, it’s an interesting play. Many of the businesses that have opted to take Bitcoin cite annoyance with existing bank and currency structures. Bitcoin isn’t backed by any government, which means there’s never a Bitcoin-to-Bitcoin conversion fee to pay; you just have to find a Bitcoin exchange willing to change your Bitcoins over either for purchases or to convert into more traditional cash forms.

You most likely won’t see Bitcoin prices on your groceries any time soon, but it’s an interesting indication, if nothing else, of how digital money has actually become.