Can a redesign save Skype? 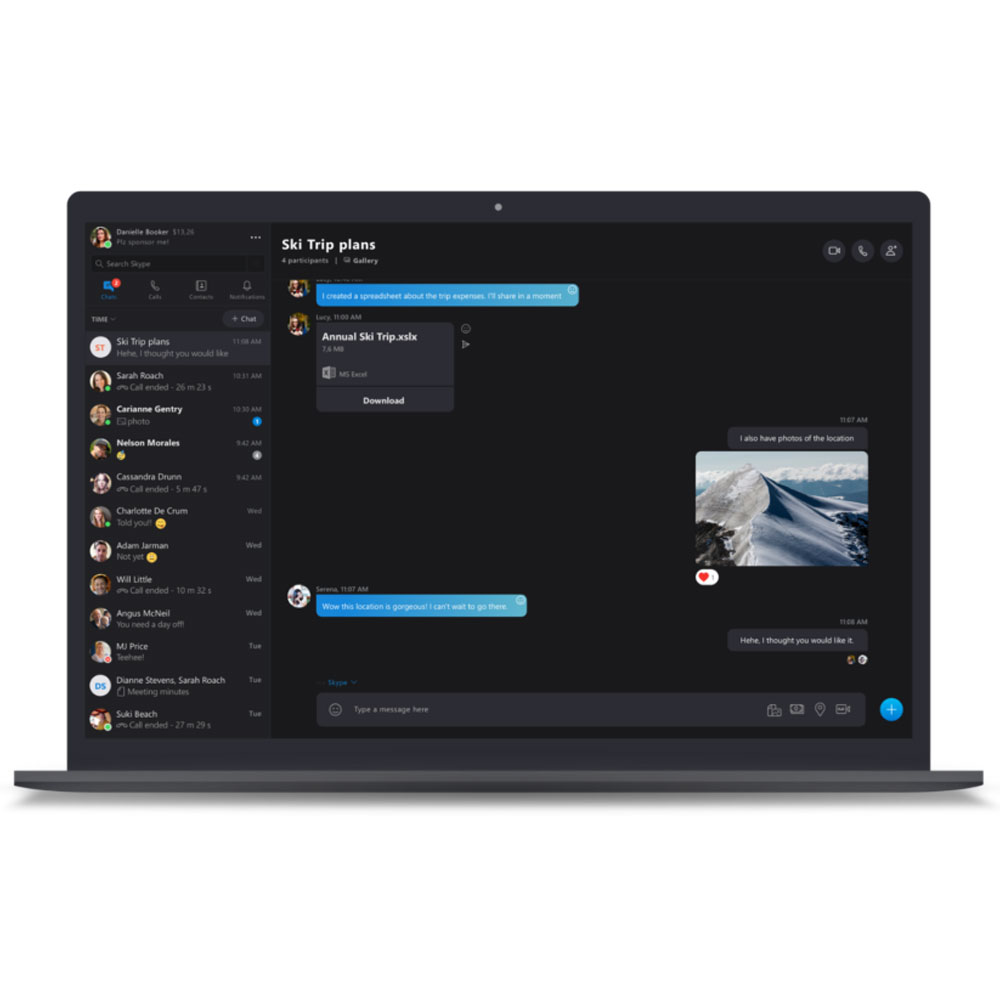 The core of that information, however, is the ability to communicate, and that should mean that communications applications should be highly valuable commodities where being first at scale ensures that you’re king of the hill. It’s the reason so many folks are wary of information-centric companies such as Facebook or Google, because they seem as though they’re too big to unseat.

Technology can be disruptive, however, and just because you’re first — even if you’re widely used — doesn’t mean you’ll always stay there.

Skype started life as an independent company, but as its popularity as a call and messaging application grew, big tech companies came calling. In 2005, it was purchased entirely by eBay, and in 2011, the online auction site sold it on to Microsoft, where it’s remained ever since. At the time, the prospect of folding Skype’s very easy to use video calling service into Microsoft’s existing suite of productivity and operating system products. Skype had a huge user base that should have only grown over time as widespread quality internet access grew over the next seven years.

Fast forward to 2018, and Skype’s a bit of a mess. It’s a complicated and often buggy application, whether you’re using it on a desktop computer or mobile device. It has users, to be certain, but it’s not the dominant player in either the chat or video messaging fields.

Skype has numerous competitors, especially in the mobile space where applications like Apple’s Facetime or Facebook-owned Whatsapp have grown to dominate the space.

Not that Skype is unaware of all of this, although some of its efforts haven’t entirely been warmly welcomed. An announcement that it would retire its desktop app design in favour of a mobile-first kind of view was met with user backlash, and the company swiftly backpedalled from that.

Just recently, it announced a shift towards “simplicity” in an effort to retain its user base. The new Skype, we’re told, will return to an easier to use interface that makes it simpler to see details such your call logs, contacts and ongoing chat messages. Desktop users will still get a desktop-type experience, while mobile users will find it easier to quickly send messages or start calls.

That’s a positive step in the right direction, although it’s also one that appears to be rather inwards-gazing for a service with so many competitors. I intermittently use Skype, partly to stay in touch with specific relatives who have it installed where shifting them to another platform would be more trouble than it’s worth, and partly because the desktop application has a number of add-ons that I use for features like interview recording.

But it’s hardly my first port of call for communication, even though a decade ago it very much was. It’s easier for me to send an email, initiate a whatsapp chat or start a Facetime session. Sadly for Microsoft’s inhouse communications platform, while many of us will opt for simplicity over just about anything, it’s a problem that’s largely already been met by its rivals.