Can Blackberry reinvent itself? 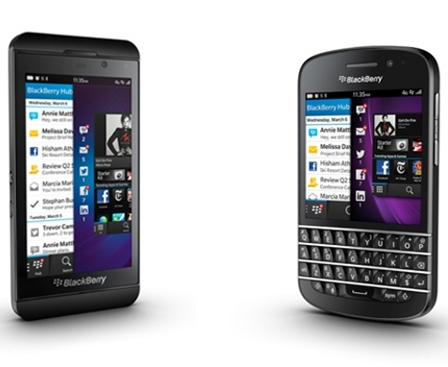 There was a time when Research In Motion’s Blackberry smartphones were the hot devices to own. They did email blazingly fast over what were only 2G connections at a time when having a camera on a feature phone that didn’t make your friends look like they were made out of Lego was an exceptional thing. They were the corporate tool of choice for a very long time in smartphone terms, but then Apple came along and upset the Blackberry cart. Since then, it’s been a case of shrinking market share and a few abortive attempts to make a genuinely compelling touchscreen smartphone from the company formerly known as RIM.

RIM is no more, however, with the company recently rebranding itself purely as Blackberry, along with launching two new handsets. There’s the terribly Blackberry-esque Q10, which comes with a physical keyboard. Blackberry stuck with physical keyboards as a key defining sales point, and while many happily switched to touchscreen keyboards only, there’s no doubting that Blackberry made the best keyboards if you like the tactile sensations that a slab of glass simply can’t give you. The Q10 won’t be out for some time in Australia it seems (www.gizmodo.com.au/2013/02/blackberrys-q10-might-not-arrive-until-may-at-the-earliest/), but we should see the other new phone that Blackberry has in the next couple of weeks. That’s the Z10 a 4G capable touchscreen only model running Blackberry’s new operating system, Blackberry 10. Like Apple did more than a decade ago, Blackberry’s dropped the old in favour of the new, bringing in a completely new operating system base for the new phones. I’ve had a little bit of hands-on time with a preproduction unit of the Z10, and it’s a very impressive handset; naturally the mail is swift and easy to navigate, so while the code base may be new, it appears that Blackberry hasn’t forgotten its knitting.

The launch I attended was heavy on the corporate detail, which makes sense when you consider that this has long been the-company-formerly-known-as-RIM’s heartland, but in order to succeed, Blackberry has to stretch further and grab back more of those consumer users that have jumped to Android, Apple or Microsoft. There are markets where Blackberry’s done better in consumer land than others; anecdotally on a recent trip to the UK I saw a lot more Blackberry handsets than you might expect, but here in Australia, the company has sat at third place at best, depending on whose figures you read. The Z10 and Q10 might be Blackberry’s last grab at relevance; it’s entirely feasible that if they don’t take off the company may move in other directions — or, like Kodak, be split up for the patents and other properties they own.