Can fast-tracking win back viewers? 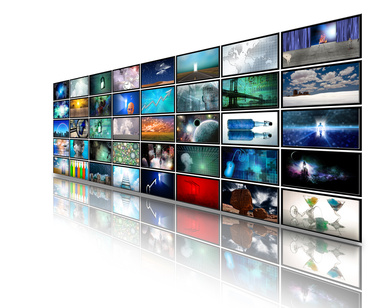 After years of treating us like fools, can the networks win us back by rushing US shows to Australian screens?

Watching live television in Australia is an exercise in frustration. The networks refuse to start shows on time and constantly make last-minute schedule changes which make it impossible to keep up. Even a top-of-the-line Personal Video Recorder can’t guarantee you’ll never miss the end of your favourite show again, not even those running the fancy new Freeview Electronic Program Guide.

When you finally do find your favourite show, it’s crammed with ads — not just during the excessive ad breaks but also plastered across the screen on top of the show you’re trying to watch. Yet the networks still wonder why we’re finding alternative ways, legit or otherwise,  to watch our favourite programs.

Traditionally Australians have waited months or even years for US shows to screen here, as fans of Star Trek or The X Files can testify. But these days viewers are less patient now there are so many alternatives, not to mention the fact that it’s hard to avoid spoilers when everyone is talking about episodes which haven’t screened here yet.

For the past few years local networks have made a big deal over “fast-tracking” new shows such as Lost and Homeland, screening them here within days if not hours of them running in the US. The networks shout about fast-tracking in their promos at the start of each season, to reassure us that we’re not being left in the lurch, but they tend to give up after a few weeks and fall further and further behind.

Homeland’s disappointing ratings on its series return saw pundits quick to label Ten’s fast-tracking efforts a flop — running 12 days behind the US screening. Viewer numbers were down on last year’s premiere, but these days people are too eager to blame the internet for anything and everything. The return of Homeland to Australian screens was up against some stiff competition and faster fast-tracking may not have made much of a difference.

To be fair to the networks it’s not really practical to screen shows as soon as they run in the US. They’re unlikely to be a ratings hit if screened here in the early hours of the morning rather than in prime time. There’s also the hassle of actually getting a copy from the US broadcasters, which isn’t as smooth as you might think.

The ABC struck a deal to make new episodes of Doctor Who available on the iView Catch Up TV service early on a Sunday morning, a week before they’d be broadcast on ABC1, but that’s going to be the exception rather than the rule for a long time. The commercial networks just aren’t ready to handle such a model and your average viewer isn’t demanding it.

Some people are always going to shout “I want it free and I want it now”, but realistically a delay of a week or two should be enough to satisfy viewers. Well at least it would be, if the delay was the only reason why they engaged in piracy. But it’s not. Many people first resort to piracy when they miss an episode of their favourite show due to a schedule change, whether it be Homeland or West Wing (unexpected double episodes are often to blame). Once people get a taste of their favourite shows recorded off high-def US cable with no ad breaks or intrusive promos, there’s no turning back. Now they can watch what they want, when they want, safe in the knowledge they won’t miss a week or the last five minutes of an episode. Much easier than trying to keep up with an ever-changing broadcast schedule.

Most people don’t download TV shows simply because they can’t wait. Nor do they do it simply to avoid the ads. They do it because piracy offers an overall better viewing experience than trying to watch your favourite show on free-to-air TV each week. Networks won’t win back viewers by fast-tracking, they’ll win back viewers by treating them with a little more respect. Sadly the networks are unlikely to get with the program any time soon.