Can Jawbone’s latest gadget bring your heart rate UP? 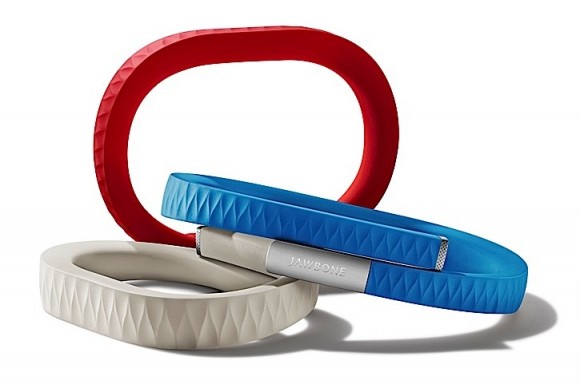 Jawbone is a company best known for its Bluetooth gadgets, primarily Bluetooth headsets of the type that you either love — if you don’t like getting parking fines or need to talk a lot on the go — or hate because you think they look terrible or invite impolite loud phone calls in areas where you’d rather not hear people talking loudly.

The company’s latest product is a little different, although it addresses a very fast-moving area of technology, and that’s fitness gadgets. Jawbone’s fitness gadget is the $149.99 Jawbone UP wristband, and for the past couple of weeks, I’ve had one strapped to my wrist nearly every hour of the day — even when I’m sleeping.

At a very basic level, the UP contains a whole bunch of motion sensors that act as both a pedometer to measure your movement through the day as well as your motion overnight, tracking your movements as you rest to track whether you’re lightly sleeping or getting enough deep sleep. This then co-ordinates with an Android or iOS device to provide you with ongoing tracking of your motion and sleep habits — you can also use it to track your eating habits, although it can’t measure those for you, as well as using it as an easy alarm clock, because it’ll gently vibrate on your wrist to wake you up.

Oddly for a company that’s best known for Bluetooth gadgets, the UP requires an old-fashioned 3.5mm audio jack for connectivity and charging; a USB to 3.5mm converter cable is provided to charge, with the band lasting around 8-10 days on a single charge. To sync it with the UP app, you plug it into your device while the app is running, and it uploads the information to Jawbone’s servers — which means you can track one band on your hand to multiple devices if you happen to change phones.

Now, pedometers are nothing new — and it should be noted that Jawbone’s not alone here, with competitor products such as the Nike Fuelband or FitBit bands performing many of the same functions. There’s a huge industry in solid-sounding fitness “gadgets” of the type that get advertised on terrible morning programs too.

Where devices like the UP really get smart is in pitching you against other users — I’ve got around half a dozen other journalists on my “team”, and the impetus to “beat” their step patterns is surprisingly strong. Equally, actually having the stats for my own sleep and movement patterns is a good encouragement for me to exercise more; writing is an astonishingly sedentary profession, and that’s not all that healthy. Being hit with the raw numbers in the face, day by day is a compelling argument to get fit, although the UP leaves the actual exercise methodology up to you.

So what’s the catch? There are a few. Firstly, the UP app isn’t available for every platform, so Blackberry and Windows Phone users are (for now) left out, and there’s no software for synchronising with a PC, which feels like a missed opportunity. Secondly, in testing across multiple phones, I found some where, while the headphone socket worked fine for regular headphones, the UP struggled to be recognised unless pushed in very forcefully. It could be done, but with more force than I’d be happy to use on a $149 gadget over time.