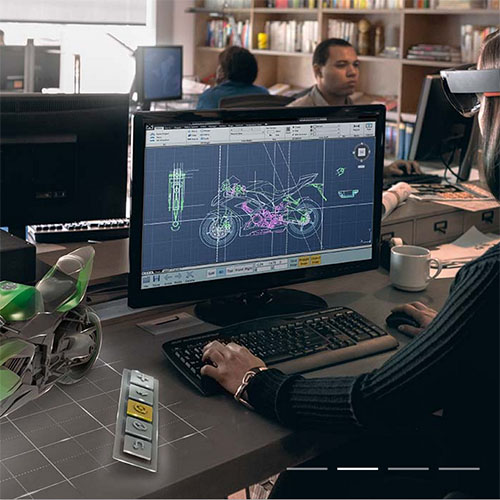 There are plenty of business uses for augmented reality, as long as it aims to be more of a productivity tool than an intrusive fashion item.

Virtual reality has been in the headlines recently, with both Samsung and LG bringing headsets to Australia. They’re similar to the Oculus Rift headsets except that, instead of featuring built-in screens, they’re designed to hold a smartphone in front of your eyes and create a 3D effect.

At first glance these new virtual reality headsets might seem similar to Google Glass and the recently announced Microsoft HoloLens, but Google and Microsoft’s headsets offer a very different experience – enhancing the world around you rather than replacing it.

Virtual reality headsets like Oculus Rift block out the real world around you and replace it with a pretend world, whether it’s a 360-degree movie or a completely computer-generated environment. Meanwhile augmented reality lets you see the real world but it lays extra information over the top. Virtual reality might seem more exciting, but in the long run augmented reality could have more practical day-to-day uses for businesses.

Google Glass and Microsoft HoloLens are two very different implementations of augmented reality. The Google Glass frames feature a tiny screen which you can see out of the corner of your eye, a bit like the rear vision mirror on your car. The tiny screen displays useful information like walking directions, eliminating the need to reach for the phone in your pocket.

Rather than sleek glasses, Microsoft HoloLens is a wraparound visor which covers your face. You look through the visor at the world around you, while it superimposes information over the top. The result is more like a fighter pilot’s heads-up display, superimposing tactical information on your view out the window, rather than a separate screen in the corner.

HoloLens goes further than just adding a technical readout to your view of the world, it can actually create the illusion of 3D objects floating before you in real space. In some ways this offers the best of both worlds, letting you interact with a virtual world and the physical world at the same time.

The headset is not actually projecting holographs in front of you for everyone to see. In the business world, the potential for on the job training alone is enormous. It could also revolutionise engineering, repair work and anything other task which requires you to refer to manuals or other documentation.

To others in the room it will just seem like you’re talking to an invisible friend, although there’s obviously the potential to network headsets so everyone can see the same virtual objects. At this point it could become an invaluable presentation tool.

HoloLens is designed to work with Windows 10, but there’s no solid release date. Even at this early stage the key difference with Google Glass is clear; Microsoft isn’t pitching HoloLens as something you wear all day. Rather than a full-time “wearable”, HoloLens is simply a tool. You put it when it’s time to do a specific task, then when you’re done you take it off and get back to the real world.

Google Glass tried to be unobtrusive, but that only brought more attention to it and the privacy concerns it creates for the people around you. There’s no way you’d mistake Microsoft HoloLens for an ordinary pair of sunglasses and it’s not hoping that people will ignore it. That’s because no-one expects you’ll be wearing a HoloLens visor after-hours riding the train or sitting in a bar.

It remains to be seen whether Microsoft’s HoloLens takes off, but Google Glass has given us a better idea of what people do and don’t want from a high-tech headset.