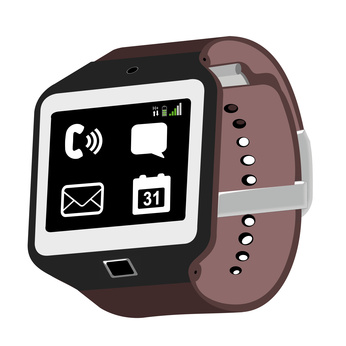 There’s a lot of buzz around wearable computing at the moment. It was one of the hot topics at this year’s Consumer Electronics Show (CES) in Las Vegas, with a large number of companies showing off prototypes for all sorts of health trackers, notification bracelets and augmented reality eyewear.

A lot of what was on show at CES was rather forward looking material, but in the months since then, we’ve seen some rather more concrete examples. Pebble, famously the most successful Kickstarter project of all time, moved beyond its basic smartwatch design to unveil the Pebble Steel; a more stylish version of the same e-ink experience that it’s offered through the regular Pebble Smartwatch. Like the Pebble, it’ll be available in Australia through Dick Smith stores.

Samsung spent up big to hype the Galaxy Gear smartwatch last year, only to see it flop due to relatively high pricing and a fair amount of consumer indifference. Undaunted, it’s launched its second generation of wearable watches, the Gear 2 and Gear 2 Neo, which should hit Australian shores relatively soon. While they’ll interface with Samsung’s smartphones, including the upcoming Galaxy S5, they’re not actually running Android themselves. Instead, they’re underpinned by Samsung’s own Tizen operating system, but that’s something that’s not going to be apparent, or really even matter to the end users. If there are end users, that is.

The issue for wearable computing, however, is that outside sports trackers such as the Jawbone UP or Fitbit Flex consumers haven’t exactly gone wild for wearable technology, and smartwatches in particular. If you’re a certain type of geek — and I’ll admit that I am — then they’re fine, but they don’t hit the regular consumer lust point for watches — or at least not yet.

Google recently announced yet another version of its Android operating system, but this time not for smartphones or tablets. Instead, the new operating system is called Android Wear, and it’s specifically meant to target the wearables space.

It wouldn’t be unreasonable to stifle a yawn at this point, because one of the key factors with wearables is that you shouldn’t really have to care about the underlying operating system. It’s really meant to be all about the experience. That, however, might just be Google’s ace card in the wearable space, because the concept watches that they’ve shown off running Android Wear actually look very nice indeed.

The star of the show comes from a company that up until very recently was actually owned by Google itself. Motorola, or to be more specific, Motorola Mobility, the arm of the company that was sold to Google by the parent Motorola company has unveiled the Moto 360, a smartwatch running the Android Wear operating system, and it has one very particular trick beyond its operating system.

It’s a round faced smartwatch. That’s an interesting concept, both because it’s quite normal for an “everyday” watch, but with the back-end power of Google, and more specifically Google Now offering the kinds of notifications and information that you’d otherwise fish around your pocket to find your smartphone for. It’s also a rather solid engineering challenge, if only because we’re all rather used to the idea of computer screens and interfaces being essentially rectangular.

Motorola, who are now owned by Lenovo, haven’t announced full availability of the Moto 360 just yet, and the only other announced Android Wear smartwatch, the rather more square-faced LG G Watch remains similarly mysterious. Google has announced that it’s also got “Fossil and other fashion brands” on board for later releases.

Whether or not it’s the fashion stakes that have held back wearable smartwatches to date is something you could endlessly debate, but the market figures suggest that outside the seriously geeky, it certainly hasn’t helped. What does seem certain is that in the very near future, it won’t just be a question of analog or digital when you buy your next watch — it’ll be a question of just how smart you actually want your wristwatch to be.