Can Nikon’s Android Play Save The Compact Digital Camera? 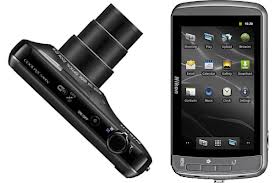 The compact digital camera, was, for a time, the box brownie of its day. It was the digital camera that nearly everybody had; you may have varied in brand between any of Canon, Nikon, Kodak, Sony, Panasonic or Samsung, to name but a few, but the spread of small pocket digital cameras was near absolute.

Then came the smartphone, and with it, camera sensors with greatly improved quality that made it fairly easy to take passable photos. Year by year, the sensors and technology underlying smartphone cameras have improved to the point that the smartphone is the only camera that many of us carry around.

So what do you do if you’re a camera vendor faced with a significant downturn in one of your most important markets? There’s no doubting that there’s still things you can do with a physical compact camera that you just can’t do with a smartphone. Optical zoom is the most obvious, but the optical properties of the glass used in most compacts is still a factor ahead of those used in most smartphones; there’s simply more space for them to work with, and that ties into the range of shot types that you can do. Still, if everyone’s enamoured with smartphone photography, what do you do?

If you’re Nikon, it seems, you adopt a strategy of joining rather than fighting. Its upcoming compact Coolpix S800c features a 10x optical zoom, but that’s not what Nikon’s hoping to sell it on. It’s the fact that the camera runs Android 2.3, also known as “Gingerbread”.

That’s not the latest and greatest Android OS by a fair margin, but it’s entirely new territory for compact cameras to play in. Android app support should allow it to run just about anything, be it games or productivity tools, but where it gets smart (at least potentially) is in the ability to access Android’s photographic tools. Millions of people swear by Instagram and its various photographic filters, but many of them use those filters to paper over the issues in their shots due to lesser cameras. Adding that kind of creativity to a camera gives it a lot of scope for some really stunning shots, even if you’re not a pro photographer. Whether people still want to carry around multiple cameras with them — or just make do with “good enough” shots from a smartphone — remains to be seen.