Can virtualisation offer more bang for your tech buck? 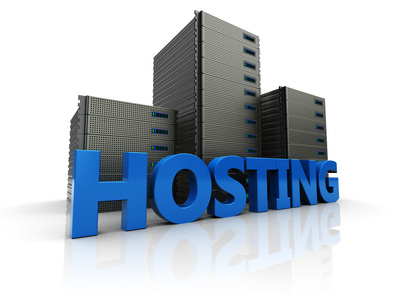 Just like “cloud”, “virtualisation” is another one of those tech buzzwords that people like to throw around. While the technology is advanced, the concept of virtualisation is surprisingly simple and it offers benefits for businesses large and small.

Virtualisation revolves around the idea of one device pretending to be another. In a server room environment, that might mean one large server pretending to be several smaller servers – perhaps a mail server, file server and web server. Each virtual server behaves as if it was a separate physical machine, even though they’re all sharing the same underlying hardware.

Alternatively, a server room might contain a cluster of powerful servers which work together and pretend to be a range of different servers. That cluster could even pretend to be some of your desktop computers, or simply manage centralised virtual applications.

All this pretending might seem like an extra level of complication, but you get a lot of benefits in return. Obviously consolidating your hardware offers cost-savings, but the true benefits of virtualisation come from increased flexibility and reliability.

Virtualisation can employ intelligent load balancing which redistributes resources on the fly to keep everything running smoothly. So basically your web server can borrow a cup of RAM from your mail server when it’s under heavy load and then return the favour if necessary.

It’s also possible to temporarily spin up a new server by borrowing some RAM, processing power and storage from the pool of resources. This could make a lot of sense if you need a temporary dev-server while developing a new product or service.

Creating a virtual server can be faster and more cost-effective than buying a powerful new machine which will often lie idle. Such nimbleness can be a significant asset if you’re in a highly competitive industry.

Another benefit of virtualisation is “high availability” – a fancy way of saying your servers are more likely to be up and running when you need them. Once your servers are working in tandem, the failure of one hard drive or power supply is unlikely to take any of your virtual servers offline. The cluster will simply redistribute the available resources to compensate while you deal with the hardware fault. The improvements in uptime can help justify the investment in virtualisation, especially if your clients are relying on those servers to be up and running 24/7.

Alternatively, you could temporarily shift the entire server room to the cloud. Now you can keep essential services up and running while the business gets back on its feet.

Virtual server rooms can also leverage the cloud to tap into extra resources during peak times. For example, your web server could “burst” into the cloud during traffic spikes, only paying for the cloud-based processing power you use. You need to crunch the numbers and read the fine print, but occasionally bursting into the cloud could be more cost-effective than upgrading to more powerful in-house hardware which will often be underutilised.

Strategically cloud bursting could also be a practical compromise for businesses which aren’t ready to hand their entire server room over to the cloud, perhaps due to latency issues or data jurisdiction concerns.

There’s a lot to think about before you take the leap, but embracing virtualisation could help your business punch above its weight.