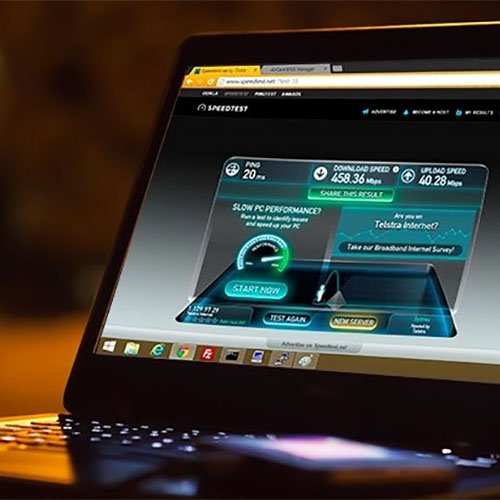 When Samsung announced its new Galaxy smartphones this past week, the Galaxy Note 5 and Galaxy S6 Edge+, it hyped up their screen sizes, speed and functionality, as any smartphone maker tends to do when they’ve got new hardware to sell to you. At first glance, the Galaxy Note 5 and Galaxy S6 Edge+ seem like good additions to Samsung’s top tier smartphone families — stay tuned for a full review once I’ve had time to properly assess them.

Amongst the feature set of both smartphones is the ability to connect to Category 9 networks with download speeds that can hit 450Mbps downstream and up to around 75Mbps upstream.

That’s very fast, at least in theory. At the same time that Samsung announced the new devices, Telstra announced that they’ll be the first devices on its network capable of accessing those Category 9 speeds when they launch, which should be very soon. Telstra’s also announced that it’ll shortly have a Netgear wireless hotspot product with Category 9 compatibility.

The way this works is via what’s known as carrier aggregation, where the bandwidth of multiple channels is combined into one much higher capacity channel; for Telstra that’s a combination of its 700MHz, 850MHz and 2600Mhz channels, while Optus is aggregating spectrum holdings across both its FDD (Frequency Division Duplexing) and TDD (Time Division Duplexing) networks. In both cases, Category 9 networks are most likely to be concentrated in metropolitan areas, so if you’re more regional, you’re unlikely to see a lot of Category 9 action, at least for a while.

In Optus’ case, they’ve done some live testing on networks in real usage in Newcastle, hitting (as per their claims) a top speed of 317Mbps down.

You might notice how that’s not 450Mbps, and that’s not accidental. While the specifications call for speeds up to 450Mbps, that’s the theoretical ceiling, rather than the actual expected performance. Even with carrier aggregation, you’re going to be limited by environmental factors – anyone who’s ever taken a call in a lift or when going through a tunnel will be aware of how physical factors can affect mobile performance.

Equally, you’re going to very much be at the mercy of however many other users are also using those networks; both the carrier aggregated Category 9 users and those using single channel 4G devices. Right now, the very first Category 9 devices can and may peak up towards that 450Mbps limit, once significant quantities of users are on those networks, you can expect those speeds to drop especially during peak usage periods.

That’s physics at play, and there’s nothing that telcos can do to combat it. New towers can deal with some of the physical factors by placing repeaters in tunnels or using spectrum that travels well through walls or buildings, typically in the lower frequency ranges, but you can’t do much about what is a shared spectrum.

So while it’s great that Australian networks are advancing in quality and in many ways leading the world in mobile data delivery, it’s still very much a complimentary technology road to that of a fixed line infrastructure.

Samsung won’t have a monopoly on Category 9 devices either, as we can expect to see other devices in the next twelve months with the same kind of capabilities, at which point network coverage should also be more widespread.