CES 2015: TV makers call a truce in the resolution wars 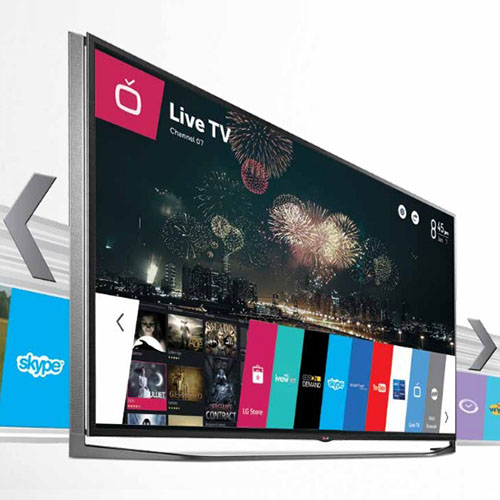 Now that every TV maker has Ultra HD screens on the shelves, the focus has shifted from raw resolution to the fine details in the shadows.

January’s Consumer Electronics Show in Las Vegas is where the heavy-hitters of home entertainment draw the battle lines for the year ahead. At last year’s CES, the major television makers focused on the rise of Ultra HD screens – offering picture quality four-times sharper than Blu-ray. At this year’s CES even the budget TV makers offered Ultra HD televisions. Rather than cramming in more and more pixels, the focus has shifted to more subtle aspects of overall picture quality.

The war of words continues between the two major screen technologies, OLED and LED-backlit LCD. Both offer deeper blacks and richer colours than standard LCD screens.

LG favours OLED, which follows in the footsteps of plasma by eliminating the backlight so it can produce pure blacks and offer plenty of fine detail in the shadows. While it’s considered the gold standard in terms of picture quality, the price tag is higher than its LED-backlit LCD counterparts. The price is falling and this year LG is offering both curved and flat OLED screens, as well as some televisions which bend at the press of a button.

Meanwhile Samsung and Sony favour LED-backlit LCD, which comes surprisingly close to matching OLED’s contrast while offering an overall brighter screen. They boost the picture quality using nano-crystal “Quantum Dot” technology. Sony calls this Triluminos while this year Samsung introduced the term S’UHD, which is a little confusing considering that it refers to the screen technology rather than the picture resolution. Samsung also offers flat, curved and bendable televisions.

The new buzz phrase at this year’s CES is HDR, or High-Dynamic Range. It’s a term that people might have seen on their digital camera and smartphone, but not their television. High-Dynamic Range allows screens to offer more fine details in the highlights and shadows, rather than crushing them into solid black or white blobs.

The benefits of HDR shine through when you’re watching night-time scenes, such as action movies like Spider-man or Batman. The improved contrast of HDR means that you can see the fine details of the bright full moon as well as the bad guys lurking in the shadows. The improved contrast also adds extra depth in the picture, sometimes creating a slight 3D effect.

Enhanced HDR features are built into the new high-end televisions from Sony, Samsung and LG. To get the most from an HDR-capable television it pays to have HDR-enhanced content, which is coming to Australia via Netflix in March.

Netflix announced HDR partnerships with LG and Sony at CES, allowing their high-end televisions to stream enhanced HDR Ultra HD content for Netflix Original programming such as the new Marco Polo. HDR demands around 20 percent more bandwidth, meaning you’ll need at least 18 Mbps download speeds to enjoy HDR Ultra HD stream. Thankfully Netflix’s adaptive streaming technology lets it scale back the resolution while retaining HDR, meaning if you own a Netflix HDR-capable television it should improve your picture quality regardless of your internet connection.

Adam Turner attended CES as a guest of LG.