Chromecast is coming soon — but should you buy one? 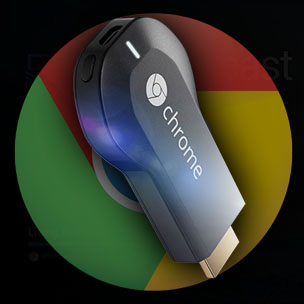 Every major technology firm seems to have a play for being the “one” box underneath your TV. One box might be understating it a little these days, but in theory, Microsoft, Apple and Sony would certainly all love you have some of your money for a streaming box, be it an Xbox, Apple TV or Playstation.

You can add Google to that list in Australia, or you will be able to if a listing at electronic retailer Dick Smith Electronics is to be believed. It rather quietly recently announced it was taking orders for Google’s Chromecast media player with delivery on the 28th of May. There’s no official word from Google at this point as to whether that’s an exclusive deal or if we’ll see it at other retailers, but I’d expect that the $49 price point Dick Smith has on it will be close to or identical to Australian RRP, given the US list price of $US35.

The Chromecast is a visually unimpressive bit of gear to look at. It resembles an ordinary, if rather chubby USB flash drive, except that its end is an HDMI plug instead. A microUSB socket at the other end is where it draws power from, with the choice of using either a standard USB phone charger or plugging it into your TV’s USB port, if it has one.

Adam Turner and I discussed the Chromecast in a recent episode of Vertical Hold, but if you’re unfamiliar with it, it’s called the Chromecast because the idea is that you “cast” content — typically video to it — from an Android device or the desktop Chrome browser. On Android that’s currently limited to the YouTube app and Google’s own Play Video store, while on the desktop any video within a Chrome tab can be “cast” to a Chromecast device on the same WiFi network. While it’s limited in scope in certain aspects, that also means that it’s quite simple to use.

Google announced its Chromecast media player in July last year, but at first the only way you could buy the search giant’s vision for what a media player could be was to live in the United States. That didn’t stop the tech faithful who imported it — it’s why I’ve had one for some months now — but the Chromecast was limited in what it would and wouldn’t support. Notably, because it uses Google’s own DNS servers for Netflix functions, “casting” Netflix that was otherwise obscured by a VPN or DNS workaround would still stall out. It’s not clear at this point whether there will be any Australian-specific features for a Chromecast sold in this country, but it’s likely that the Netflix block will remain in place. It can be bypassed with some router-level instructions to ignore Google’s DNS, but it leaves the Chromecast in the odd position where Google, a slightly more open company than Apple, actually isn’t when it comes to certain forms of content.

Ultimately, however, the comparison between Apple and Google is particularly apt here because the Chromecast works best and makes the most sense if you’re already heavily within the Google ecosystem. It works with one browser — Google’s — and one video store — Google’s — and that’s terribly similar to Apple’s own rather more expensive Apple TV product.