Collapse of Kogan Mobile shows data is getting more expensive, not less 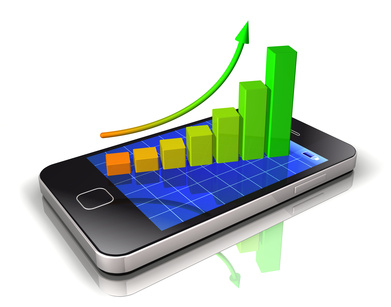 When Kogan Mobile launched late last year, it was with big and boisterous claims; that’s very much a hallmark of the Australian company and its budget ethos. It was the first reseller-carrier (the term, if you wish, is MVNO — Mobile Virtual Network Operator) working on parts of Telstra’s network, and the pricing was pretty keen, at least for a while.

There were grumbles when users were booted off the network for using too much data within a day, and then far more grumbling recently when the telco went entirely off the air due to the collapse of the wholesaler that acted as a middleman between Kogan Mobile, a company called ispONE.

Kogan Mobile’s collapse is unfortunate for those customers affected, but it’s also a worrying sign of where mobile data prices are headed in Australia. If all you want out of a mobile phone contract is unlimited (or as near as makes no difference) calls and texts, there’s still plenty of choice, because the reality is that the cost of provision is relatively trivial. Telcos can still make plenty of profit out of you on calls and especially texts, but data is another matter altogether.

Over time we’ve seen data prices drop as usage has picked up, but it looks like the competition that’s driven those kinds of cost cutting measures may have peaked.

By way of comparison, when the original iPhone 3G launched in Australia, Telstra’s cheapest contract plan for the entry level 8GB model with no additional payment ran to $85 per month — and that only included a paltry 5MB of data usage per month.

Spend the same amount with Telstra — easily Australia’s most expensive telco on a comparative basis today, and you’d be looking at around 1.5GB per month. The issue there is that Telstra’s very much the high water mark for data pricing in Australia, but plenty of the “cheap” carriers, and the associated MVNOs are seemingly vanishing.

Kogan Mobile is gone, and so is Red Bull Mobile (reselling Vodafone capacity) or Savvytel (reselling Optus). The other carrier using ispONE as a middleman, Aldi Mobile is still around subject to an “interim” arrangement with Telstra, but it’s entirely unclear how long that’ll last. Essentially speaking, there’s less competition, and three “big” carriers with investments in 4G networks to pay off. It doesn’t take supernatural powers to work out how that’s going to resolve in terms of data pricing if there isn’t a robust budget player making a play for more affordable data pricing.

It’s worrying, because just about anything you do with a mobile device is going to involve data in some way. Using Apple or Google Maps to get around? That needs data. Checking your social media accounts? More data. Even launching that “free” game that runs an ad every once in a while is using data, because those ads have to come from somewhere. We’ve all become data-hungry technology consumers, but that data source has to be fed from somewhere, and costs on plans are going in one direction only.