Could an uninterruptible power supply save the day? 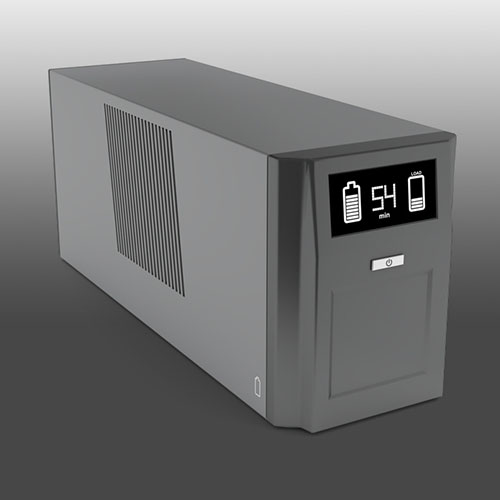 If your business needs to stay up and running when the power goes down, then an uninterruptible power supply (UPS) might make a sensible investment.

These days electricity is something most of us take for granted, but anything from a flash flood to a careless backhoe could instantly leave you in the dark. If the power is cut without warning, what would be the impact on your business?

If you can put a dollar price on that lost productivity, then you might be able to justify investing in a UPS to keep your workstation up and running for a while.

A UPS is basically a large battery which plugs into a power point. You then plug your computer and other workstation equipment into the UPS. If there’s a blackout, the battery kicks in automatically to keep all the attached devices up and running.

As an added bonus, many UPS units also offer protection against brown-outs and power surges – both of which can damage expensive electrical equipment. Some units also feature ethernet and telephone jacks so they can filter out power spikes.

A typical small business UPS, designed for a workstation, is intended to keep your computer running for minutes rather than hours or days. The idea is to buy yourself the time to shut down your computer gracefully rather than immediately pull the plug and risk corrupting data and losing work in progress.

Every UPS comes with a volt-amp rating and/or a watt rating, which indicate the load a UPS is designed to take. When you’re dealing with office PCs and accessories the watt rating is usually 60% of the VA rating, an important calculation when shopping for a UPS.

You need to consider which equipment you want to keep running during a power outage. The documentation supplied with your computer, or perhaps a sticker on the power supply, should reveal the power rating in watts. Alternatively you might find this information on the vendor’s website.

You also need to know the power rating of every other device which will be plugged into the UPS, such as your monitor.

Don’t skimp on your UPS, because if it’s underrated then it might fail to keep your computer and other devices running when the power is cut. If your computer features a 350 watt power supply and your monitor demands 50 watts then that’s a total of 400 watts, which works out at around 670 VA. As a rule of thumb you want the power load to be around half of the UPS unit’s capacity, to allow it to perform its best. So in this scenario you’ll want a UPS rated to at least 1340 VA.

Of course most of the time your computer will demand less than the full wattage written on the power supply, but this rule of thumb gives you some headroom. Even allowing for this, a UPS may only keep your computer running for 15 minutes or so – although a higher VA rating will buy you more time.

Most UPS units come with management software and feature a USB port so you can control them from your computer. If the power is cut and the UPS kicks in, the software on your computer can automatically trigger a data backup and perform other essential tasks in preparation for a graceful shutdown.

The software might also change the power settings on your computer to help it keep running for longer. Of course if you’re backing up to the cloud then your UPS will also need to cover your broadband modem and networking equipment, which will increase the power load.

A UPS isn’t a set and forget device, you need to test it regularly and replace the battery every few years. Considering it’s only likely to buy you a precious few minutes when the power goes out, you need to crunch the numbers carefully and decide whether there’s room for a UPS under your desk.