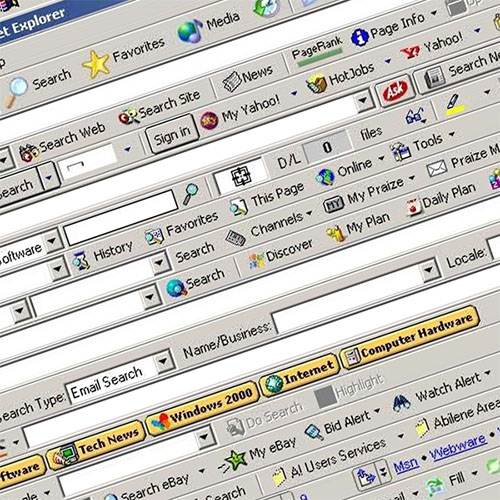 Browser toolbars can add a lot of flexibility to your browsing experience, making it simple to access the services that you use the most without having to launch separate web tabs for each process you want to access. At least, that’s the theory, although it’s one that’s rather undone by the fact that every major browser allows for multiple tabs and extensions that can mimic many toolbar functions, or even improve on them greatly.

There was a time when toolbars made a certain amount of sense, and to a certain extent if you’re entirely comfortable with what a given toolbar does, there’s no real harm in it — as long as you’re fully aware of what it’s doing in the background.

Some toolbars are just badly constructed software, full of bugs that are never fixed, or that clash badly with browser updates when they come, dragging your system performance down the toilet with them.

Particularly poor toolbar apps can act in ways that are more like malware than utility software, grabbing the results of your searches, any personal information and using it for any purpose they like. Technically speaking that kind of behaviour is hidden within the end user licence agreement (EULA) that you probably clicked through the “agree” part of without pausing for breath, presuming that the toolbar itself wasn’t installed as part of a completely different application as a “free” bonus.

Just like lunches, there’s no such thing as a “free” toolbar, and it wasn’t put there because the software makers actually thought it was a genuinely great piece of software. Generally speaking, bundling like that happens because money has changed hands, which means that you’re being bought and sold without much concern about whether you actually wanted to be for sale in the first place!

Take the Ask.com toolbar, for example. It’s bundled with Java, which you may have installed on your system to take advantage of certain web or computer based applications. It’s a by-default installation that you have to specifically decline, because that’s the way the commercial arrangement for its placement works.

To make matters worse, Microsoft recently flagged old versions of the Ask.com toolbar as malware, noting that it changes your home page without authorisation, as well as creating multiple files and folders along the way. According to Microsoft, the older versions of the toolbar are essentially malicious, although the updated toolbar isn’t flagged by its inbuilt malware detection routines; if you’ve got a third party malware suite — and you really should, because while Microsoft’s own inbuilt software is better than nothing, it’s still way behind the professional suites in terms of overall malware detection and removal.

Speaking of which, if you do want to fully remove a given toolbar, it’s generally a matter of removing the add-on or extension from your browser — this varies by browser, but is typically a case of navigating to your extensions/add-ons area within the browser — and deactivating the toolbar itself. In some cases they may install as distinct programs, in which case it’s a story of going to add/remove programs within Windows, or dragging the offending app to the trash on a Mac. If that’s still not enough, try searching online for the name of your toolbar and “uninstall” or “remove” or similar phrases, as some toolbars can dig in very deep into system architecture indeed.