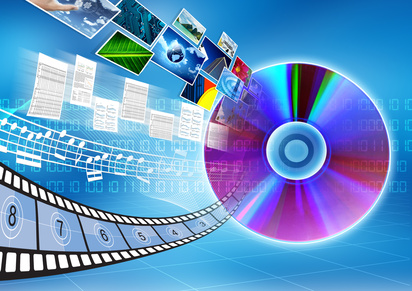 As our entertainment has shifted into the digital sphere, plenty of options for all types of entertainment have emerged that are purely digital, whether that’s eBooks, digital music or streaming video. At the same time, a lot of people have amassed some rather large libraries of digital content at home, alongside their more traditional physical libraries of content. But what happens if you wanted to shift a copy of something you owned onto your PC, tablet or smartphone? From a strictly legal perspective (necessary disclaimer: I am not a lawyer and this does not, strictly speaking, constitute legal advice per se) you’ve got a mixed bag of rights when it comes to transferring content from the physical to the digital realm.

For the purposes of this column, I’m presuming that you own the material in question (so renting it doesn’t count!), and that you’re preparing a single copy for your own personal use only — you’re not allowed to make multiple copies, and you’re most certainly not allowed to sell them unless the original copyright holder makes it clear that it’s fine to do so. Equally, once you’ve made the digital copy, you’re still required to keep the original copy. You can’t make a digital copy and then sell the original, because then you sell the right to format shift on to the new owner.

For books, the copyright situation is pretty simple. You are indeed allowed to format shift books, newspapers and magazines for your own private use, but to stay within the letter of the law, you’d have to do so by scanning each page yourself; it’s not strictly legal to grab a scan from the internet of content you already own.

For music, if the sounds you’re listening to were originally on an LP, tape or CD, you’re likewise permitted to shift them to a digital format for your own use. That’s not the case with files that were sold via the Internet to begin with; there you’re bound by whatever the terms and conditions of the download were. So for example, if you buy music from iTunes, there’s inbuilt permission to burn a CD version of that music, but not all download services have that same inbuilt permission. Read the fine print to be sure.

For video, you’re allowed to format shift analogue video — or in other words, video tapes and (if you happen/happened to be a collector) film reels. These have to be of commercially sold content, however; you’re not allowed to format shift a TV program for permanent keeping, although the same provisions of the copyright act do cover what’s called “time shifting” TV for watching a single time at a later date. There are other limitations, in that if the videotape has some form of copy protection (which some later, macrovision encoded tapes do), you’re not legally allowed to make a digital copy of it. The same rules don’t apply to DVD or Blu-Ray discs, despite the fact that it’s technically very simple to do so.

There’s a fairly obvious line between the enforcement of the letter of the law and the practical reality, but it never hurts to know what your specific rights are. If you do still have a stack of, say, VHS tapes lying around, I’d strongly suggest that you format shift them, if only because the reality is that all they’re doing right now is attracting mould.