Do you crunch the numbers before buying your gadgets? 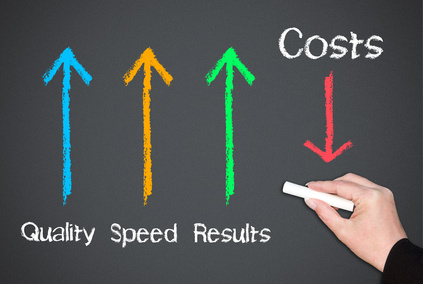 Think about running costs and other hidden expenses when weighing up your tech purchases.

Buying a new gadget should be as simple as comparing the features, choosing your favourite colour and then shopping around on price. This is exactly how many people approach it, but you need to dig deeper if you want to be smart with your money — especially when many gadgets come burdened with ongoing costs such as monthly plans or the need for consumables such as ink refills.

While consumers often buy on impulse, businesses tend to approach purchasing differently. They think about something called the “total cost of ownership”, rather than just the initial price tag. The total cost of ownership often turns out to be much higher than what you paid at the cash register. You need to allow for maintenance, consumables, running costs and other expenses. Think of it like buying a car — when you allow for petrol, insurance, registration, maintenance and repairs it’s possibly going to cost more to run the car each year than what you paid for it in the first place. That dirt-cheap car might not have been such a bargain if it costs you a lot to keep it on the road.

Once a car starts costing you more and more to run, you need to ask whether you’re better off putting that money towards a new car. Then you need to decide whether it’s worth selling the old one or simply running it into the ground. You sometimes need to ask the same questions about your tech.

When you’re buying a smartphone, it’s always worth weighing up the cost of a plan against the cost of buying the phone outright. Telstra is particularly guilty of forcing customers to go on expensive plans if they want high-end phones such as the iPhone 5. You might end up paying for a lot more calls and/or data than you actually need. If you’re a light user, make sure you consider pre-paid options. Alternatively you might buy the phone outright and get a cheap SIM-only monthly plan which better suits your needs. You’ll pay more for the phone up front, but it might be the best move in the long run.

Printers are some of the worst gadgets when it comes to running costs, with printer makers do their best to squeeze every last dollar out of us. Rather than using one standard ink tank or toner cartridge across all their printers, printer manufacturers vary them between devices — which means they can control how much it costs to run each printer.

As a general rule of thumb, the cheaper the printer the more expensive the ink or toner refills. Watch out for all-in-one inkjet cartridges which force you to replace every colour when you’ve only run out of one. To further complicate things, you don’t always get the same number of pages out of a cartridge. New printers also come with “starter cartridges” which aren’t full.

When comparing printers, you need to look at how much the replacement ink/toner costs and how many pages you’re expected to get. You can then calculate an average cost per page, which will be different for printing text and printing photos. While that $50 printer might seem like a bargain, you might find that the next model up is considerably cheaper to run. If you’ll leave the printer running 24/7 you might also want to compare the standby power usage. Assuming you’ll own it for several years, spending more at the cash register might actually save you money in the long run.