Does Google’s Music Play your tune? 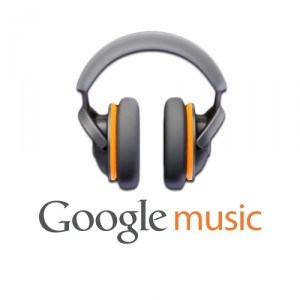 Songs used to be written about going to the record store and listening to 78s and 45s in their multitudes, but to date, I’m not aware of any particular emphatic ballads that talk of the joy of streaming or download music services, outside perhaps Weird Al Yankovic’s “Don’t Download This Song“. Perhaps that’s something that’s been lost in the shift to digital music, but in theory what we’ve gained is a whole lot more flexibility. In the case of music purchasing services such as iTunes, it’s in individual track selection rather than having to buy an album when you only like one song. In the case of music streaming services such as Spotify or Rdio, it’s in paying a flat fee to legally listen to as much music as you can cram into your ears on a daily basis.

Google’s just entered the music fray locally with Google Music, a service that combines some of the features of multiple services. Like iTunes, it’s a shopping service for tracks and albums, with pricing pretty much in tune with the local industry norm. Expect to pay around $1.69 for a track and $19.99 for an album. There’s a natural enough focus on Google’s products, from the Chrome browser to Android tablets and smartphones, as well as desktop clients for music playback. That’s probably not enough to make Google Music a really compelling alternative unless you’re heavily in the Android space for tablets and smartphones already.

Where Google Music stands out is in effectively mimicking iTunes Match, but for free. iTunes Match allows you to pay a fee for cloud-hosted music based on your iTunes library, but not limited to actual iTunes song purchases. If you’ve ripped a CD or imported a song, iTunes Match will do its level best to match it from the iTunes library database, and then make it available to web-connected Apple devices. Google’s effort does much the same thing — including skipping uploading a track if it’s already available on Google Music — but there’s no charged fee for storing up to 20,000 tracks. That’s a whole lot of music, no matter what your tastes are.

One fascinating aspect of Google Music is in the form of its recommendations. It’s been available in the US for some time, but for the local launch, it’s highlighting Australian artists, which is welcome. Where it can become just a little unnerving is in its other recommendations. It picked out songs that I might like based — so it says — on my YouTube viewing habits, as well as general “listeners” recommendations, although it’s not entirely clear where it’s generated that information from. Not that it got it wrong — indeed, its recommendations matched my tastes very accurately indeed — but it’s still a little unnerving to realise just how much about each individual user and their tastes that Google actually knows. Back when I was buying 45s, the only person who had to know I liked, say, Bananarama was me and the record store salesperson. Now, it seems Google knows just about everything.