Does HTC’s RE REmake the action camera market? 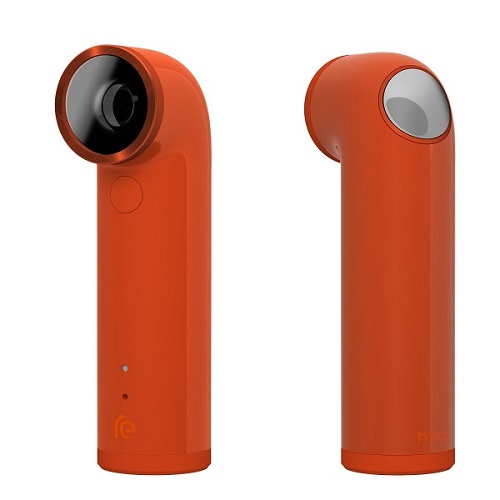 Action cameras as a concept are nothing new. They’re a specific subset of the video and still camera market that’s rather particularly aimed at those with very active lifestyles who want to capture the action as they go, whether that’s surfing, skydiving or anything inbetween. They’re best known by the dominant brand, GoPro, who offer a number of high-priced models with rugged cases and shooting at up to 4K video quality.

Which is fine if what you want is a deliberately rugged camera for sports use, but there are other areas where an action camera, or something similar may have its place. That’s the pitch for HTC’s latest device, the HTC RE. HTC’s best known for its smartphones, but the $249.95 RE is something different for the company and the action camera market itself.

For a start, there’s the shape. As I’ve been testing it, I’ve had various people describe it as either a tiny periscope or a brightly coloured asthma inhaler, which is at odds with the existing crop of action cameras, all of which tend to favour small box camera models. The idea is that the periscope shape is easy to hold and pull out of your pocket at a second’s notice. Gripping the RE also switches it from a low power slumber state into being ready to use at a moment’s notice. HTC’s particular pitch here is that this is easier than digging your smartphone out from your pocket, unlocking it, loading the camera app and then invariably missing the shot you intended to get. The RE’s thus pitched more towards a casual than sporty crowd, although HTC is promising a bunch of accessories for more rugged use, and the camera itself is suitable for in-water use at a depth of up to one metre for 30 minutes.

Using the RE itself is deliberately simple, too. A single click on the large primary button takes a still shot through its 16MP f/2.8 146 degree wide angle lens, while a long press on the same button starts shooting video at 1080p. A smaller front button allows you to switch between regular video and shooting slow motion video at 30 frames per second, albeit at only 720p resolution.

In terms of getting your pics and videos off the RE, it connects via microSD to your PC or Mac as a regular type camera, or you can use HTC’s iOS or Android RE app to directly connect via ad-hoc Wi-Fi. The advantage there is that you can then use your smartphone as a remote shutter, change specific functions of the RE such as the shutter sound or activate the timelapse feature, which can’t be used any other way.

The RE is certainly convenient, but it’s not without its issues, especially if you like shooting still pictures. The issue is that while the lens has a nice wide angle, you really don’t know what it is you’ve captured until you look at it much later, making it more akin to very old school film camera in that respect. In many ways, it’s easier to shoot video all the time and just take screen captures after the fact, because you’re more likely to get better focus that way.

At $249.95, the RE is cheaper than competing action cameras, but it’s still something of a price to pay for the convenience of not having to unlock your smartphone, especially if you’re using an Android or iOS phone that can unlock direct to camera in just a few seconds.