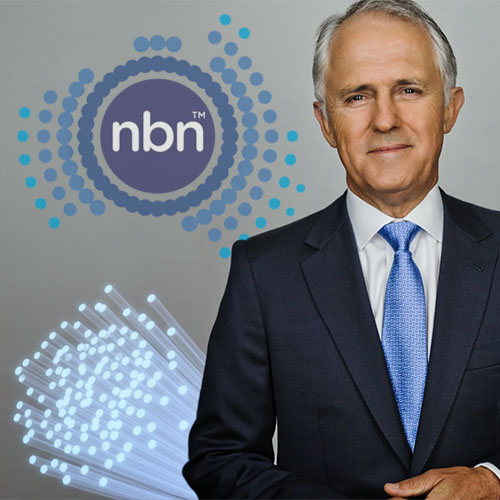 Malcolm Turnbull might be more opened-minded than Tony Abbott when it comes to the benefits of high-speed broadband, but don’t expect the new Prime Minister to embrace the original plan to run fibre optics to every home.

Australia’s National Broadband Network has always been a political football and it’s frustrating that politicians seem more interested in point-scoring than ensuring we have the right broadband infrastructure for the 21st century. Rather than judging broadband technologies on their merits, our politicians turned the NBN into an ideological battlefield.

The initial NBN plan under the Rudd/Gillard Labor government was for a nationwide Fibre-to-the-Premises network, running fibre optic cables to 93 percent of Australian homes and serving those in remote areas via satellite or fixed wireless.

In terms of broadband technologies a nationwide Fibre-to-the-Premises network was a great solution, but it felt like an off-the-cuff ideological decision designed to break Telstra’s stranglehold on the country’s communications infrastructure. There wasn’t the detailed cost-benefit analysis that you’d expect with a project of this magnitude.

The Abbott government came to power promising a more conservative approach to the NBN. Prime Minister Tony Abbott ordered his then Communications Minister, Malcolm Turnbull, to “demolish” the NBN – even though the tech-savvy Turnbull clearly has a better appreciation than Abbott for the merits of high-speed broadband.

The Abbott government’s long-awaited cost-benefit analysis of the NBN also felt tainted – designed to favour rolling out as little fibre as possible. Once again it was an ideological exercise rather than an evaluation of the various technologies on their merits alone.

Some observers speculated that Turnbull secretly favoured the all-fibre NBN model, even though he put forward a passionate and well-considered case for the new Multi-Technology Mix NBN – keeping the fibre already in the ground but also using existing HFC cables and phone lines via Fibre-to-the-Node (which only runs fibre to the end of your street and still uses the phone lines to reach your doorstep).

With Tony Abbott out of the picture, there’s the temptation to hope that the new tech-savvy Prime Minister might steer the NBN back towards an all-fibre rollout. This is wishful thinking. At best the Prime Minister might quietly grant the NBN more freedom to tweak the mix of fibre, cable and FttN – scrapping some of the more decrepit copper phone lines. The nature of the rollout may also be tweaked to make it easier to deploy more fibre in the future.

We might see a subtle shift in policy, but Turnbull is certainly not going to declare that his support for the MTM was all a ruse – even if it was. Hopefully the new government will take a more pragmatic and less ideological approach to the NBN, but don’t expect a major change of heart.