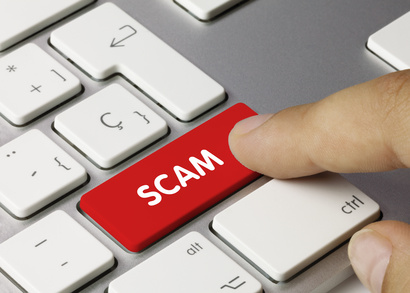 I got a call the other day from Bill Gates. Now, ordinarily, that would be quite an exceptional thing for a technology writer; while it’s been a number of years since Gates stepped down from the role of CEO (and effective public “face”) of Microsoft, he’s still a prominent figure in the tech industry.

I even knew the call was coming — sort of — because I’d had a call from “Microsoft” just prior.

I’d picked up my ringing phone to be greeted by a gentleman who identified himself as being from “Microsoft Technical Services”, informing me that my computer had been identified as having viruses on it that were not only affecting me, but the entire Internet.

That’s a big thing to disrupt, but it was, of course, completely untrue.

It’s a scam that’s done the rounds over the years; you get a call from “Microsoft” telling you that your computer is infected. They then walk you through looking at Windows Event Viewer, making you feel uneasy about any error codes found there (even though most of them are in fact harmless) and walk you through installing remote access software and charging you a cleanup and/or “warranty” fee for “helping”.

Just in case you were in any doubt — they’re not helping, unless you count “helping themselves to your money, information and PC” as “helping”, which you really shouldn’t.

Microsoft doesn’t work that way, and you’re not only being scammed out of money for the “warranty fee”, but also leaving your PC heavily compromised by whatever software they do get you to install.

I knew all of this, and as it happened at the time, I was working on some very mundane office tasks that I could run through while keeping the scammer on the line. It also probably helped that I was working at the time on a Mac; many of these scammers work to a script that can’t handle other operating system environments at all.

Why waste their time, when they’re wasting mine? Largely because the scam operates on hitting as many targets as possible as quickly as possible. While it’s tempting to simply slam down the phone, possibly while educating them as to the stronger side of the English vernacular, if you do that, they’re free to call somebody else.

If you waste their time (while ignoring their commands, naturally), they’re not hitting other potential victims. It’s a small step you can take against them, but not a terrible one.

You may be thinking at this point that this seems to have little to do with Mr Bill Gates and a purported phone call.

The original caller stayed on the line for quite some time, despite me repeatedly informing him that my keyboard didn’t have a Windows key (a technical lie; I use a Mac for most writing but with a Microsoft keyboard, for what that’s worth), before declaring that my computer was very badly infected (reminder again: It totally wasn’t), and that he’d get his supervisor “Mr Bill Gates” to call me back.

He then hung up, and I figured that was the end of it, until “Mr Bill Gates” called back.

Mind you, the scammers really hadn’t done their homework there, because not only did “Mr Bill Gates” have a thick accent that was unlike anything I’ve ever heard from any recording of Bill Gates, but he was, rather inexplicably, a woman.

A remarkably daft step, but then this particular scammer was a little brighter than the rest, and I was quickly rumbled and hung up on. Which is fine by me — I’ve no desire to interview a fake Bill Gates in any case.