Drones are getting cheaper, but it’s worthwhile knowing the law 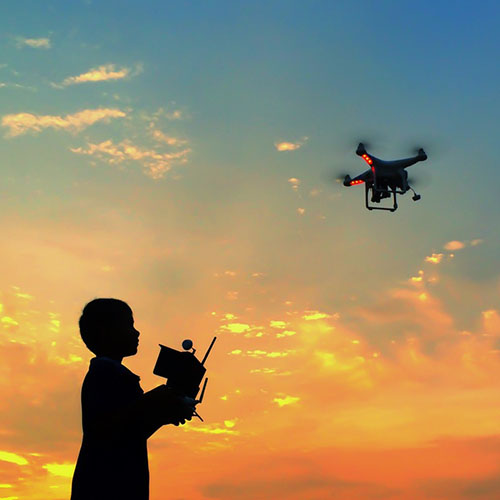 At the recent CES (Consumer Electronics Show) in Las Vegas, Parrot, a company best known for its Bluetooth solutions, showed off a pair of new remote control vehicles; the second-generation Rolling Spider and Jumping Sumo vehicles.

I’ve not had a chance to get hands-on with Parrot’s new drones, but I have tested their predecessors; a remote control car (more or less) and a tiny remote flying drone. The drone side of the equation is the really interesting one, because there’s been a recent explosion in very affordable small flying machines with inbuilt cameras, and as they’re adopted by more people, the prices will only get cheaper while the feature sets improve.

Parrot’s not the only game in town, and it’s feasible to get a very simple flying machine for around $100 or less — although it’s also equally possible to spend many thousands on a high end machine as well. Used properly and safely, they’re a field of rapidly evolving technology that can be an awful lot of fun to use.

Remote control vehicles as a category are nothing new, but the improvements in technology and especially in the ability for such drones to have inbuilt cameras have led to some serious concerns about their general use. As such, it’s worth knowing what you can and can’t do with a remote flying vehicle if you’re keen to play around with this kind of technology.

Just like any other kind of flying vehicle, there are specific regulations associated with drones that are administered by the Civil Aviation Safety Authority (CASA). CASA’s rules for commercial operators are quite strict and require a specific operator’s certificate, insurance and lodged flight plans every time a drone takes off. If you’re just a hobbyist the rules are significantly less fierce, although the penalties are still quite sharp.

You’re required to fly your drone at least 30 metres away from other people, keep its elevation under 400 feet, keep your drone within sight and not operate it above large gatherings of people. They’re essentially safety regulations, as you can imagine an out of control drone with spinning blades falling heavily down onto a crowd would not be a good thing at all. You’re also rather predictably not allowed to operate a flying drone within five kilometres of any airport, again for straight safety reasons.

Except for very low-end devices, most flying drones also include a camera, because the technology and the optics are relatively inexpensive to include, and the shots you can get can be truly breathtaking. It’ll vary by model as to whether they simply record everything for you to review later, or include remote feeds of what they can currently see. The inclusion of such cameras does raise some interesting privacy issues, however. Again, if you’re a commercial operator the guidelines are quite strict, but in the individual hobbyist space there’s not a lot of law in play that addresses their specific use. General privacy principles, the same as you could apply in a more normalised photography context should apply, however. In public spaces, there’s no assumption of privacy, and as such as long as a drone is obeying the general CASA rules there’d be no cause for complaint. This does include things like house frontages, or where a back yard might be easily visible from the street, but not (thankfully) peering through curtains or into dwelling spaces.