Even small businesses can benefit from a standard operating environment 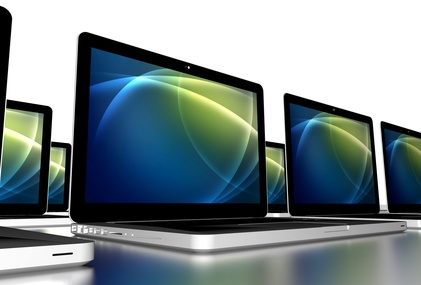 Maintaining consistency across your computers makes life easier, no matter how many desktops you’re managing.

The idea behind a Standard Operating Environment (SOE) is basically to ensure that all your computers are as similar as possible. For some businesses, this uniformity might extend right down to the hardware and individual components under the hood. For other businesses, a SOE can be as simple as ensuring every computer is running the same version of Windows, Mac OS or Linux.

Generally, this standardisation would also extend to key productivity tools such as your browser and Office suite, along with line-of-business applications like your accounting, content management or video editing software.

Your SOE might also cover key OS and account settings, such as ensuring that all staff are using standard user accounts rather than administrator accounts with elevated privileges.

The benefits of a SOE are that it makes your fleet of computers easier to manage and less vulnerable to unexpected glitches. When all your computers are the same it’s easier to centrally manage and deploy software patches and other upgrades. When it’s time to upgrade mission critical software, you can test the upgrade on a handful of machines and work out any bugs or conflicts before you roll it out on all your computers – helping reduce downtime.

A SOE makes it easier to deploy new computers quickly, installing a fixed set of applications or perhaps an entire disk image straight onto new hardware. Should something go wrong with one computer, a SOE also makes it easier to do a fresh install – or just drop in a new hard drive – so you can get up and running again quickly.

This might sound fine for large organisations managing hundreds or even thousands of computers, but even if you’re a small business, a SOE can still make life easier. When you consider all the hassles a SOE can reduce or avoid, it’s not hard to justify the effort required to develop one – especially if you’re paying for external tech support every time one of your computers experiences a glitch.

Small businesses tend to grow organically, rather than in company-wide computer refreshes, often resulting in a hotchpotch mess of hardware and software throughout the office. This can cause major headaches when managing mission critical line-of-business software. Even a run-of-the-mill software upgrade can become a nightmare when every computer is different.

The first step towards a SOE for a small business might be to take a standardised approach to buying new computers. Rather than run with whatever version of Windows happens to be current when you’re purchasing your next PC, consider whether you want to exercise your downgrade rights.

For example, if most of your computers still run Windows 7, when you buy your next computer you might look for a machine that lets you opt for Windows 7 Professional but with the right to upgrade to Windows 8 further down the track.

When the time is right to move to Windows 8 you can install it on one computer, develop a new SOE and then deploy it across all your machines. The next time your antivirus subscription is up for renewal you should consider standardising on the same software across all your computers to make conflicts easier to manage.

The move to subscription software models, by the likes of Microsoft and Adobe, can also make it easier and more cost-effective to run the same applications on every computer. You might end up managing a modular SOE, built on a common base, in order to support different roles within the business.

It’s possible to dictate every last aspect of your SOE, but at this point you run into staff wanting to choose their own applications and install extra software. This is where you’ll need complementary IT policies designed to maintain the integrity of your SOE.

It’s possible to completely lock down your desktop computers with group policies and other restrictions, but try to strike the right balance between maintaining uniformity and letting staff use the best tools for the job.

If your SOE starts to hinder productivity rather than boosting it, it might be time to re-evaluate your approach to managing your computers.