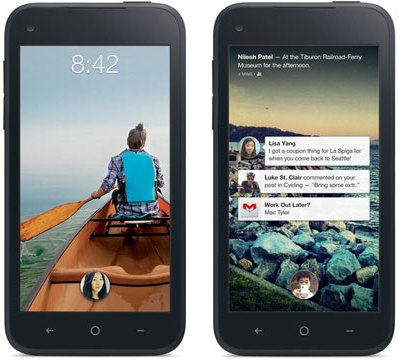 Facebook has grown in user numbers an incredible amount over its relatively short existence, and there are many people for whom Facebook may as well be the internet itself. They chat to friends via Facebook’s messaging client, read updates about each other via timeline feeds and argue the issues of the day — or get critically misinformed about them — every second of every day. According to Facebook’s own market figures, which it’s obliged to offer up as a publicly traded company, it has an astonishing 1.6 billion monthly active users. According to those same figures, an increasing proportion of those users are accessing Facebook from mobile platforms. Hence Facebook’s latest initiative, Facebook Home.

Facebook Home is a suite of apps that acts like a total reskin and takeover of (at first) a selected range of Android handsets. Why Android? Partially because of its increased userbase, and partially because the way the Android operating system is built means that it’s possible to make all sorts of modifications to the way the operating system acts and looks. Launchers like Facebook Home are nothing new, but the way that Facebook’s positioning itself is different to other launchers, because it’s so remarkably Facebook-centric. Your timeline feed will appear on your lock screen. There’s tighter integration with Facebook services, and as with all things Facebook, all the data that you punch into it will go into Facebook’s store of information that it uses for data mining and to serve you (theoretically) accurate advertising.

You’ll even see those highly annoying “Win a free (insert gadget/product name here” groups that pop up from time to time. A quick digression, but a worthwhile one here. While many companies do offer promotional samples this way, there are still a near insane amount of scams out there. If they’re asking you to “fill out a survey” in order to qualify, or before you can give your shipping details, then it’s a scam — plain and simple.

Facebook Home, like Facebook itself is entirely optional, and even the one phone that’s been announced (which is for the moment US-only) with Facebook Home integrated will allow it to be uninstalled. Facebook won’t be serving ads via Facebook Home for now, although Facebook hasn’t ruled that out in the future. Whether it does or not, the data it gets can be used for the desktop client, but the shift into its own mobile products beyond having apps for major mobile platforms does point to a shift in where we’re not only consuming data, but creating it as well.