Game on for iOS devices 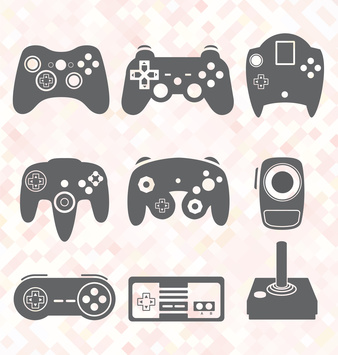 The single biggest app category for smartphones and tablets is in gaming, but there’s a significant thing that mobile devices struggle with.

Paradoxically, it’s the controls for games of many types. It’s not an issue for slower paced or more strategic games, most of which are just fine with the constant tap and slide actions familiar to any smartphone owner. Throw anything that requires reflexes at a touchscreen and you’re all too often stuck in a struggle between what you want to do, and what your taps are interpreted as. It’s particularly noticeable with any game with retro roots, or a conversion from an existing game title that assumed the player was using a gamepad of some kind.

There have been some third party games controllers for smartphones previously — iCade’s various arcade-style controllers for iOS being perhaps the best examples — but they lacked integration throughout the operating system, meaning that games had to be written with them in mind, and the push for developers to do that was lessened. Apple’s made some moves towards mobile gamers by integrating what is essentially a blueprint for iOS games controls under iOS 7, along with the same kind of “Made for iOS” badging you’d see on a third party phone dock or charging system.

The first few Made for iOS games controllers have hit the local market, and I’ve spent some time running them through their paces with a variety of titles; everything from world-building game Terrarria to classic platform game Sonic The Hedgehog 2.

Steel Series’ Stratus game controller looks more like a game controller than its immediate competition; if you’ve handled an Xbox or Playstation controller in the last five years, it’ll seem instantly familiar, if a little on the small side. It’s designed to be extremely portable with a shell cover that can also be clicked onto the back of the controller to give it a little more size in the hand. It connects via Bluetooth, so it’ll work with both iPhone/iPod Touch and iPads for a variety of games.

The difference this makes is quite profound; once I’d wrapped my mind around using a tiny controller it quickly became second nature — and highly preferable — to use the Steel Series Stratus whenever possible. Battery life is stated at around ten hours, and I’d struggle to think of an iOS game that I’d want to play for a full ten hours in a single stretch.

Logitech’s a more established name in peripherals, and its Powershell controller takes a different kind of tack. It’s a controller that fully encases an iPhone or iPod Touch as long as it’s got a Lightning controller, and that’s not just for the purposes of connecting to its simpler array of controls. It’s also because the Powershell includes a recharging 1500mAh battery. That won’t fully recharge an iPhone, but it’ll certainly help if you are a keen gamer to minimise the battery drain of more intense titles.

Between the two in games terms there’s a clear winner; the Steel Series Stratus (if nothing else) offers a direction pad, two analog sticks and eight buttons, where the Powershell has a single analog stick and six buttons. Simply put, you can do a lot more with the Steel Series, including connecting out to an iPad if you so wish. The battery on the Powershell is a nice addition, but the flipside there is that if a call comes in on your iPhone mid-game, you’re stuck putting up a massive device to your ear to take the call. It does work — but for all but the most extroverted it’s going to feel foolish when you do so.

The big downside for both the Steel Series Stratus and the Logitech Powershell is pricing; either one will set you back a hefty $129.95, far more than you’d pay for any other games controller for a console system. It’s a serious disincentive to purchase, although if you were still keen, I’d advocate strongly in favour of the Steel Series controller, if only for the iPad compatibility it brings.